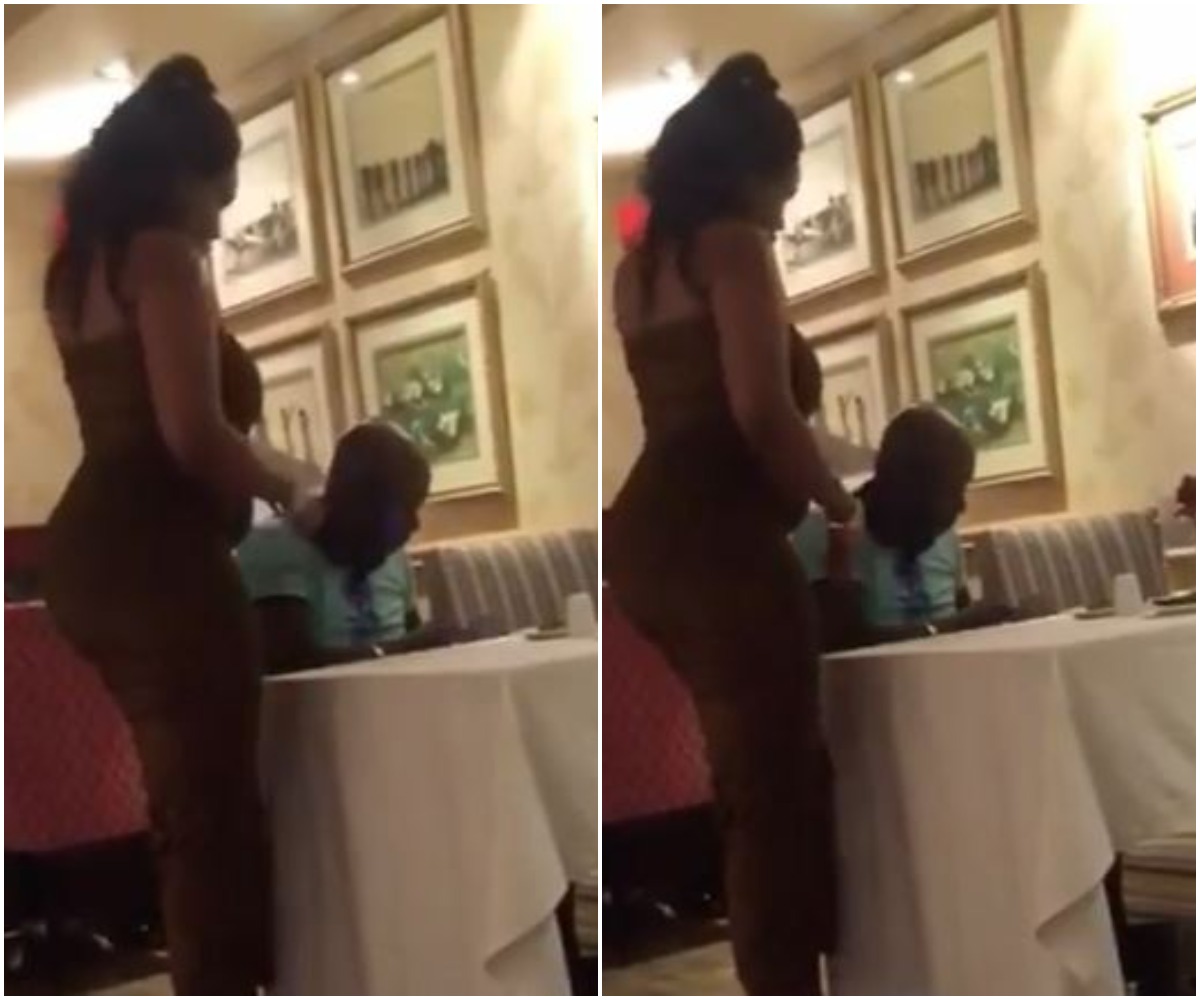 A yet to be identified woman has left her partner disgraced after beating him up in public like a little child.

In the video that has become a growing sensation, the woman who is yet to be identified as at the filing of this report was pictured assaulting her partner.

The video had left many people shocked after she brutally beat up her husband for reasons best known to them in public. The poor man was slapped severally on his back and face while the lady lamented bitterly over a disagreement they both had.

@adanze_h wrote; That woman is so lucky. Dont ever raise your hand on a man. That’s f*cking embarrassing and disrespectful 😳..

@therealozilicious wrote; This is so wrong! She’s taking advantage of his calmness

@nana_la_creamwrote; Ladies we won’t come out to talk on domestic violence now o.He would still go and beg her. Na wetin most men dey like be that

@adanze_h wrote; She met the wrong guy 😂😂😂😂😂 try it with someone else and you will never dare to repeat such act.

@paul_justusofficial wrote; ‘Only 24 comment because it’s a man receiving the beating, if it’s the other way round now we nor go hear word’

@cristex_fashionwrote; Too sad, it’s obvious she does this very often