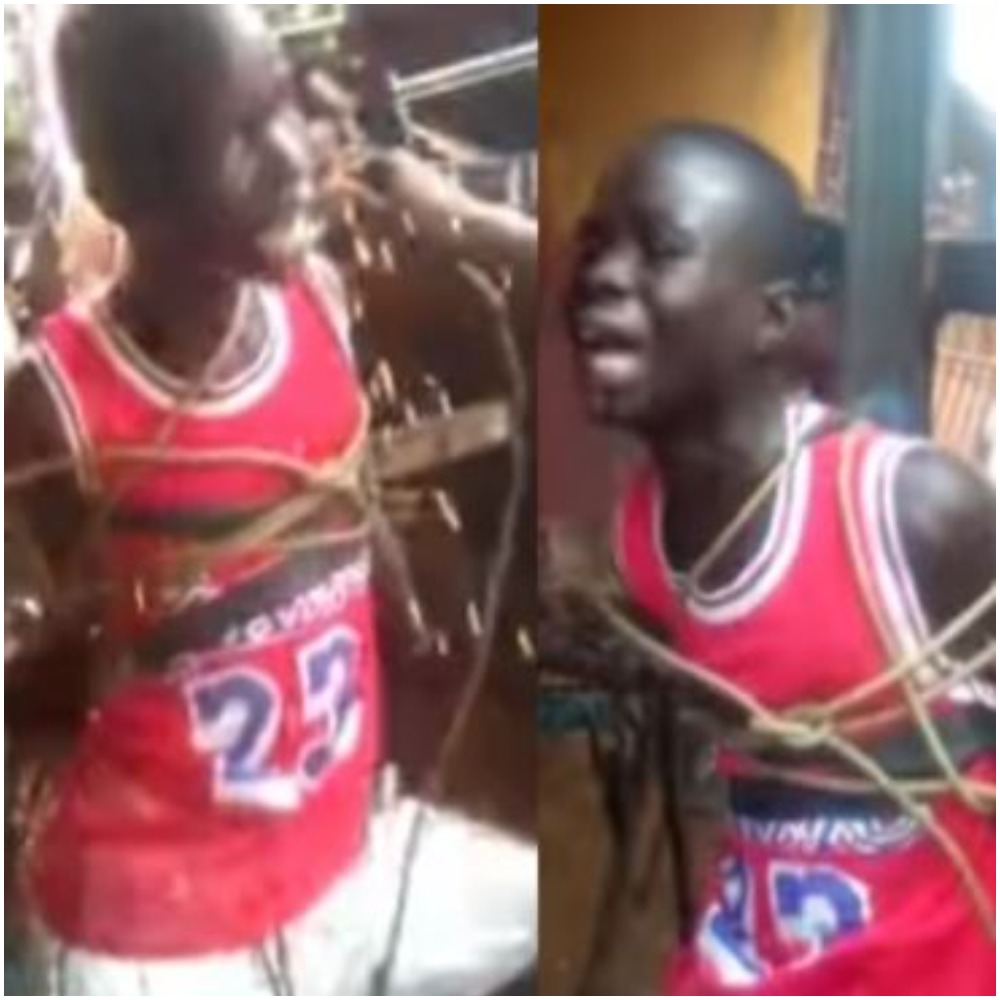 In the video that has sparked outrage after it was shared by online, pictured the young boy tied to a makeshift metal cross by a man who held an exposed electric wire.

The man, who seemed as his superior, is seen placing the electric wire he’s holding on the metal cross, causing the boy’s body to convulse as electricity passes through the metal and shocks him.

The man continues to tap the electric wire on the makeshift cross making the boy keeps shaking due to the electric shock and begging for mercy.

The boy could be heard saying “walahi” and some other muffled words as he begs for his life.

Others in the scene watched the brutal torture without trying to help. Some are seen laughing, while others were filming.

@realmarmalade wrote; ‘Oh my God, I wish I didn’t watch this. Why are humans so cruel to one another. Jesus please save this young boy.’

@chimeezu wrote; ‘Wow, we sure have lost humanity!’

@gracetingrel wrote; The accents doesn’t sound like Nigeria’s talking……… But this is soo sas😢😢

@emelda_amaka wrote; I pray the boy is still alive

@pjohnsonebex wrote; What a world? A world full with wickedness. I know understand how God felt in Genesis 6:6 when the bible said, “And it repented the LORD that he had made man on the earth, and it grieved him at his heart.”

@eaeventsandservices wrote; What did I just watch😢