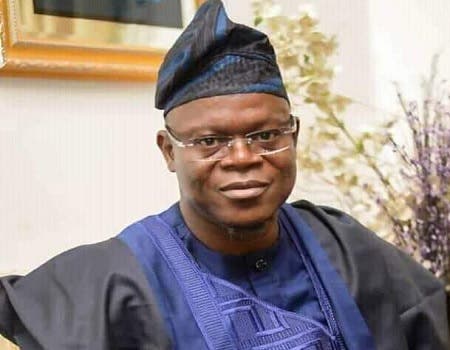 The spokesman of the Nigerian Senate, Senator Ajibola Bashiru, says northern lawmakers in the Red Chamber are disposed to the creation of state police.

During an appearance on a national television programme on Friday, Ajibola said the concern arose from the interest of the lawmakers to ensure that such a system will engender the safety of citizens in the respective federating unit.

He noted that the lawmakers said the idea would be a good one if a middle ground is reached while the concerned Senators lobby their colleagues for their support.

Ajibola said having a de-centralised security system is the solution to the security challenges facing the country.

He said: “I also know that some of the colleagues in the North are who I have the discussion with have actually expressed about the need to decentralized Nigeria security architecture.

“Coming from the experience of the North is that we should come up with an idea that is of a middle ground to it.

“As a politician, I would rather keep my gunpowder for issues that can be resolved by consensus and colleagues.”

Meanwhile, the governor of Rivers State, Nyesom Wike, on Friday noted that the speech of President Muhammadu Buhari on Democracy Day shows that “he has nothing to offer again”.
Governor Wike in a 35-second video posted on his Facebook page said Buhari’s speech indicated that he has nothing to offer as the country battles with security issues.

He said, “The president spoke to us the other day and Nigerians are happy the way he spoke to them and he told us the truth, and the truth is that look, “I have nothing again to offer Nigeria”.

“People must agree to that, no one can deny that fact. No matter how detailed, we know that the president has told us clearly, “gentlemen, as I speak to you now, I have nothing again to offer this country”.

Recall that President Buhari in his speech had noted that he is prepared to lay down his life for the betterment of the country.

He promised to ensure that the current challenges become a thing of the past.