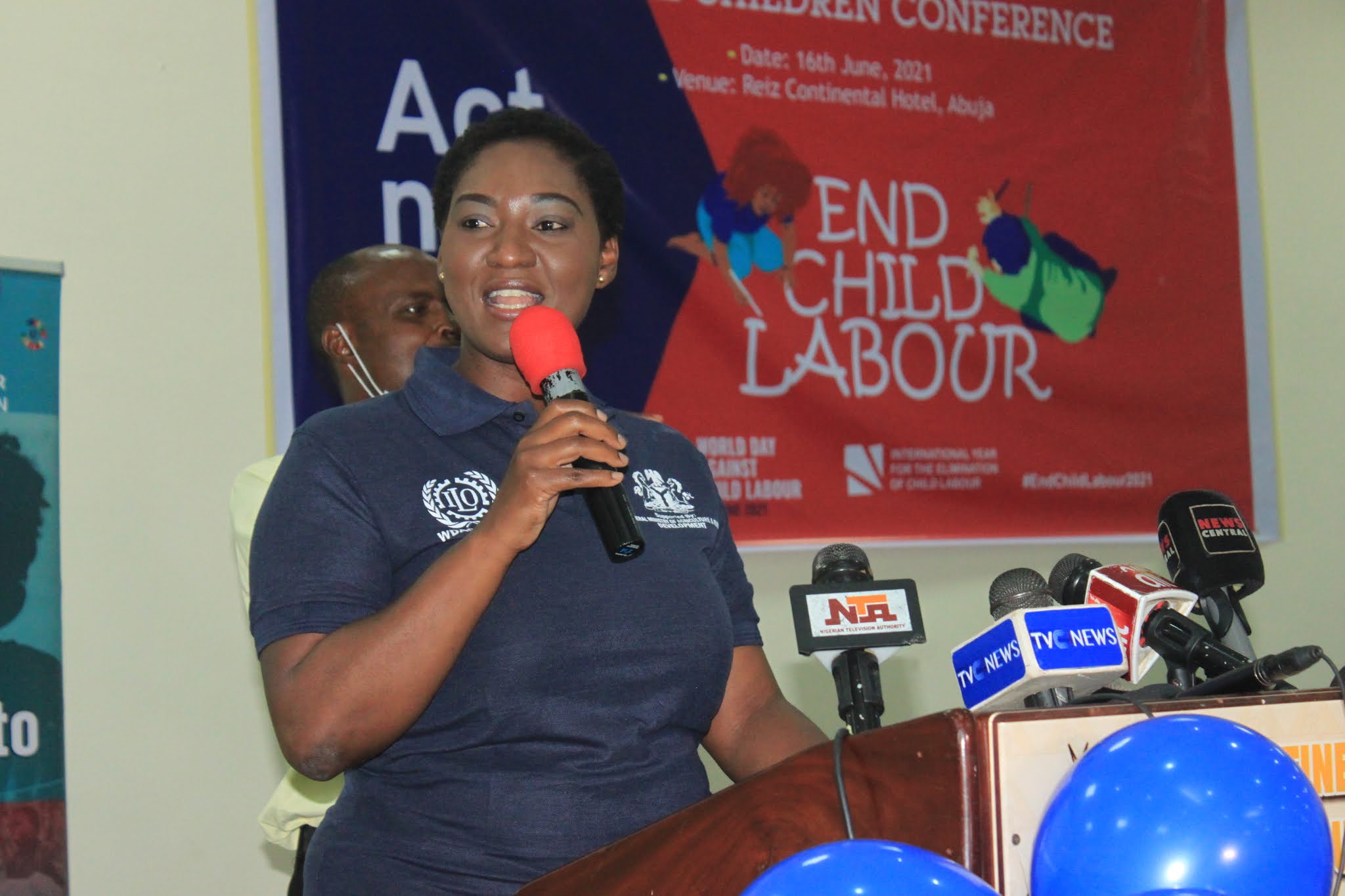 The International Labour Organization (ILO) has called on gold users and consumers of cocoa products in Nigeria to be mindful of the impact of their patronage on the use of children for work on gold mines and cocoa farms, as well as the consequences on social stability and collective development.

During the event which marked Nigeria’s participation in the ILO “Week of Action” commemorating this year’s World Day against Child Labour (WDACL), Director Phala warned that if Nigeria does not quicken its pace to eliminate child labour, the country may not succeed in meeting the Sustainable Development Goal (SDG) Target 8.7 which seeks the elimination of all forms of child labour by 2025.

“Let us ask ourselves – are we empowering the unfair use of children in cocoa farms, on gold mines, at home, in factories, in marketplaces, and in society generally?… are we a part of the cure or the disease?’’, Phala asked.

A joint ILO – United Nations Children’s Fund (UNICEF) research released on 10 June puts the number of children trapped in child labour in 2020 at 160 million, with 92 million in Africa – a surge from 152 million in 2016, signalling a potential rise over a short period, owing to the economic consequences of the Covid-19 pandemic.

The ILO’s ACCEL Africa Project is focused on accelerating action against child labour in the cocoa and Artisanal Gold Mining (ASGM) supply chains in Ondo and Niger states specifically where child labour is prevalent through production and supply chains. 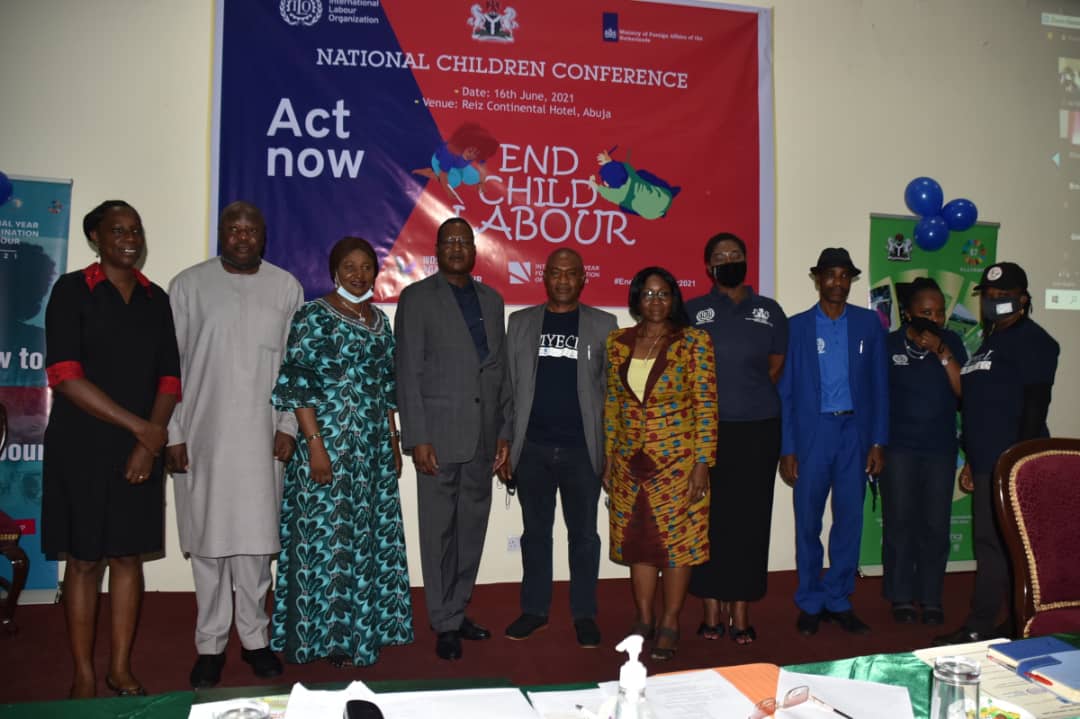 In a communique presented by Rt. Hon Chukwuma Chioma, Speaker of the FCT Children’s Parliament on behalf of Nigerian children represented at the event and connected online via Zoom, Facebook and YouTube from around the country, the concerns of the National Children’s Conference cover:

• The ratification of ILO Convention 189 on Domestic Work

• Implementation of the Action Pledges by ILO’s tripartite partners

• Inclusive, compulsory, and universal basic education for every Nigerian child

• The domestication and full implementation of the Child Rights Act 2003 by the remaining 11 states. 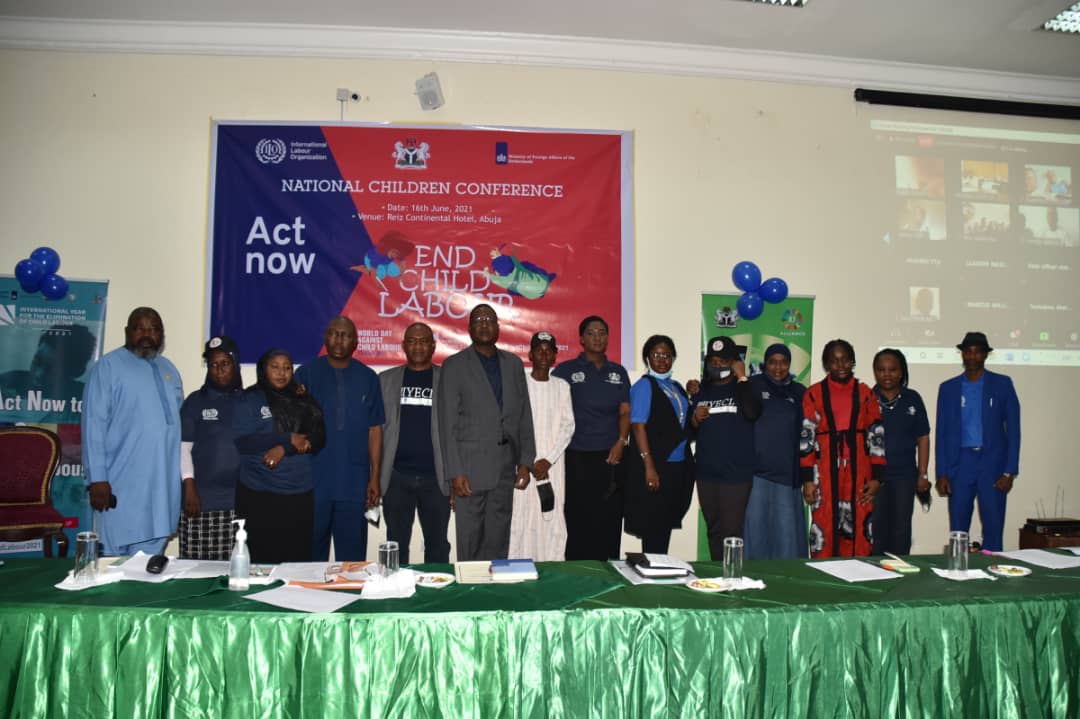 Speaking on behalf of the Federal Government, the Permanent Secretary of the Ministry of Labour and Employment, Dr Yerima Tarfa responded to the concerns by advocating climate action, increased reporting of child labour cases to law enforcement agencies, and the domestication/implementation of the Child Rights Act 2003 in every state.

Yerima also cited the Labour Ministry’s planned review of Nigeria’s labour laws, an increase in the number of labour officers and factory officers to monitor workspaces and schools,.

He also noted the federal government’s provision of free basic education, school feeding programme and other poverty alleviation schemes as some of the government’s efforts to eliminate child labour, while stressing the need to review cultural considerations limiting population management.