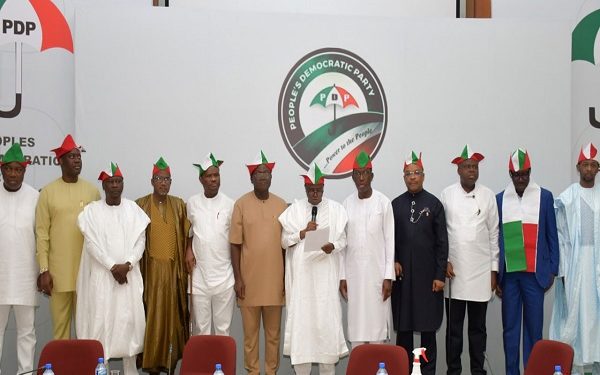 The Presidency has said governor elected on the platform of the Peoples Democratic Party (PDP) are against the ban on Twitter because it affects their ability to spread fake news.

In a communique issued after a meeting of the Forum in Uyo, Akwa Ibom state on Monday, the governors unanimously agreed that the review of the suspension would be in the interest of the country.

Reacting in a statement on Wednesday, a media assistant to the president, Garba Shehu, said the communique issued by the PDP governors shows to Nigerians should not entrust the nation to the former ruling party.

He said: “The PDP grieves over the Federal Government’s action over Twitter – for it represents the curtailment of their ability to use the platform to spread fake news and invented stories to the detriment of community and good-neighbourliness between the peoples of Nigeria,” Shehu said.

“The PDP Governors propose no solutions to any of our nation’s challenges in the face of COVID and global economic downturn: instead, they grasp for more money and mourn their lack of access to social media to spread falsehoods and hate.

“Their statement is evidence, if any were needed, as to why the President and the APC ended the PDP’s one-party rule in 2015, were re-elected by an increased margin in 2019, and why their winning trend is set to continue far into the future.”