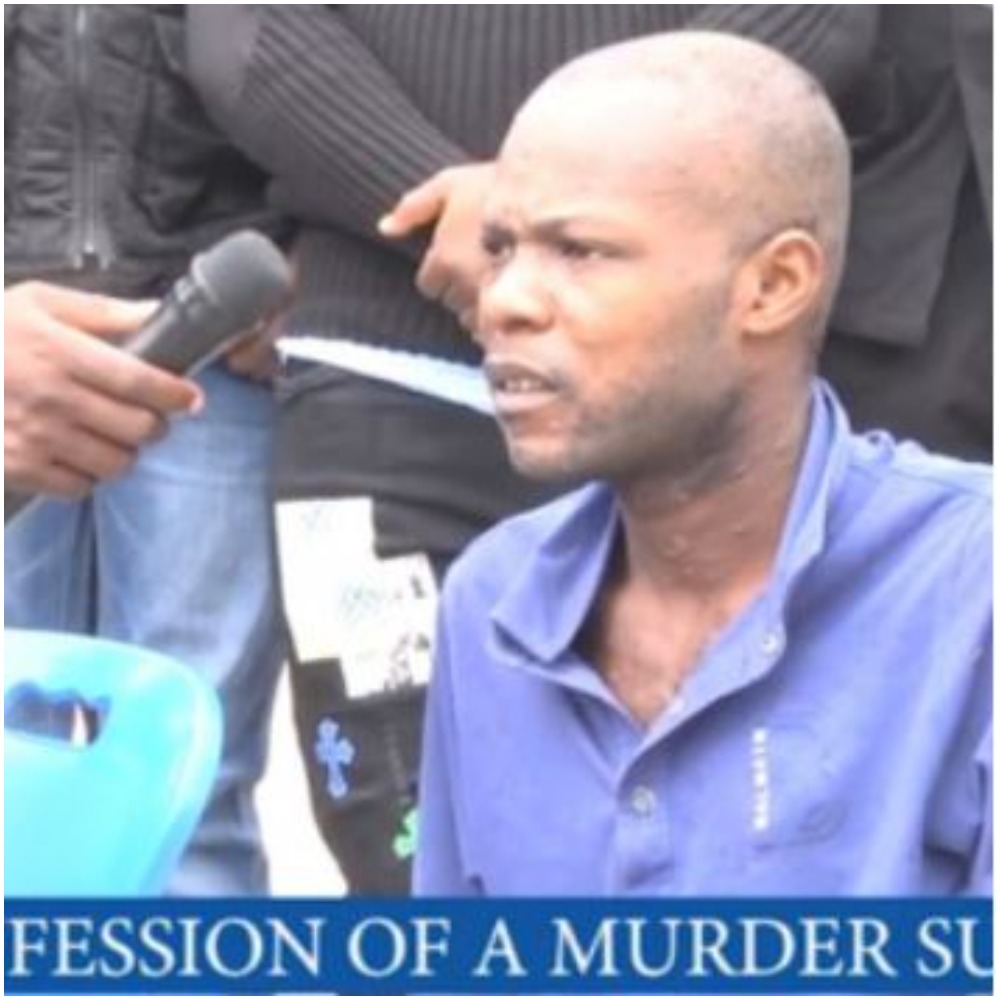 A murderer, Prince Reuben, who hails from Etche community in Rivers has narrated how he conspired with three of his friends who are currently at large to rape and murder a petty trader simply identified as Joy Saturday.

Parading the suspect before newsmen in Abuja, the spokesperson of the Nigeria Police Force, Frank Mba, said

Reuben who hails form Etche in Rivers state had earlier sold a piece of land to one Joy Saturday, a hard working mother of four, a petty trader who laboured so hard to put together the N250, 000 tobuy a plot of land from him.

Thereafter he lured this lady, pretended that there is another vacant land for sale. Joy Saturday accompanied Prince to the bush side, sotensibly on an inspection. Unknwon to this innocent hardworking woman, Prince Reuben had conspired with three others of his friends namely Nwaba, Promise and Chinedu.

During that inspection, Joy was kidnapped by these men, They took her into the forest, gangraped her, stole the only cash sum with her, N20, 000 and then shot her to death.

After killing her, they poured acid on her body and then threw her body into the forest.

Nwaba, Chinedu and Promise are currently at large’‘

When interrogated, Reuben narrated how he and the others carried out the dastard act.

”I am here for the killing of Miss Joy Saturday. On that day, I went to my working place. She called me on phone that she is coming to see the land. I said Okay and that I went to work and that my closing time is by 4. She said okay and that when I close I should call her.

Before then, my three friends told me that they are going to kidnap her and make money from her. I said okay no problem.

Frank Mba also appealed to residents of the state and Etche community to come forward with any useful information that will help in securing the arrest of the fleeing suspects.