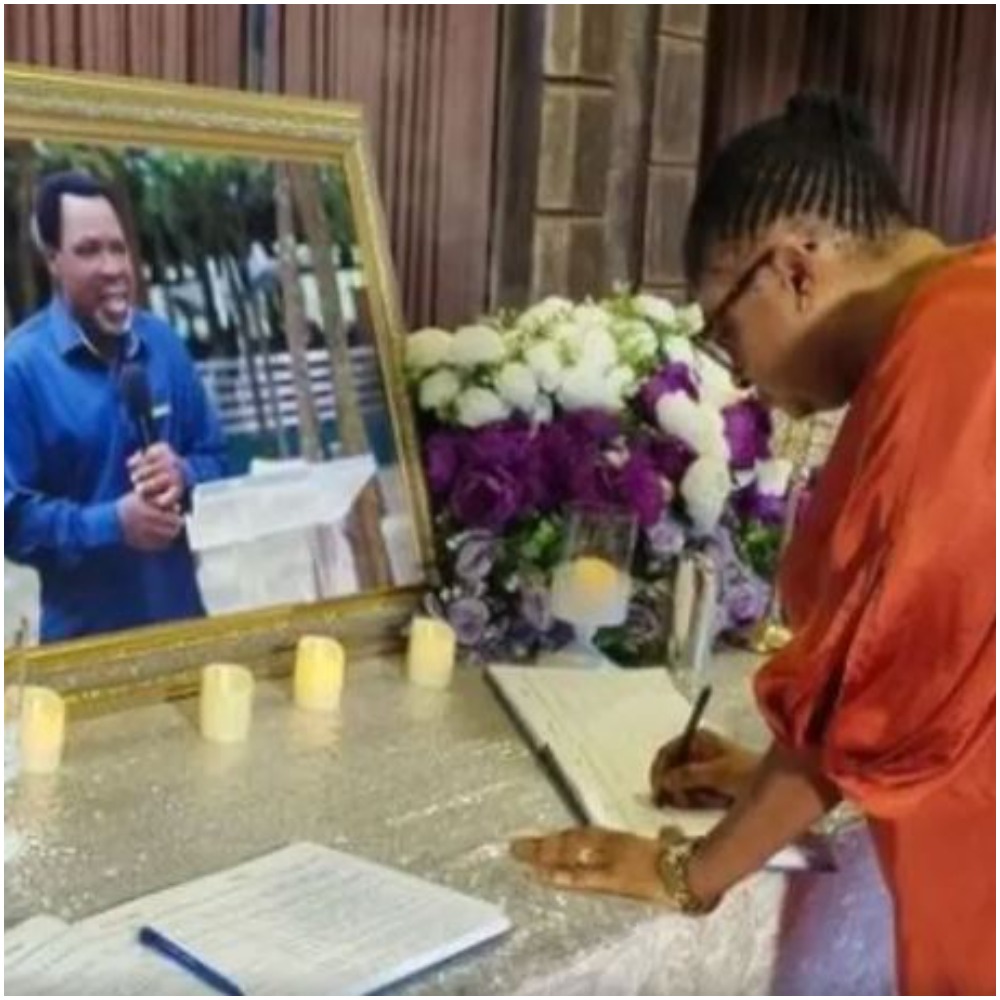 Nollywood actress Ronke Oshodi-Oke has on Thursday, visited the family of the late founder of the Synagogue Church of All Nations, Pastor Temitope Balogun

Naija News recalls that SCOAN on Sunday morning confirmed the death of its leader which has attracted reactions across the world.

The televangelist died on June 5, a few days to his 58th birthday.

Taking to her Instagram page, Ronke Oshodi-Oke shared photos from her visit, which captured the moment she paid her last respect by signing the condolence register.

The actress bid a farewell to the popular clergy and wrote: Good night Daddy, till we meet and part no more. odaro sir.

Meanwhile, the family of the late founder of the Synagogue Church of All Nations, Pastor Temitope Joshua, has fixed July 9, 2021, as the date for the burial of the cleric.

In an interview with newsmen at the weekend, a member of the family said the late cleric will be buried next month on the premises of his church in Lagos.

He added that the date was fixed after the immediate and extended members of the family of TB Joshua met at the residence of the deceased in Lagos on Friday.

But the family member said the wife, Evelyn, and the children of the late cleric prevailed on the other family members over the burial place and date at the meeting.

The source said the burial arrangement would take place between July 5 and July 9, 2021

He said, “The extended family members, his (Joshua) wife and children held a meeting on Friday and it was decided that he should be buried in Lagos and the burial programme will be between July 5 and 9.

“It was on the insistence of the wife and the children that the other family members agree on the place of burial because they said they saw revelations that he should be buried in Lagos. Since they said it was spiritual, the family agreed with them.”