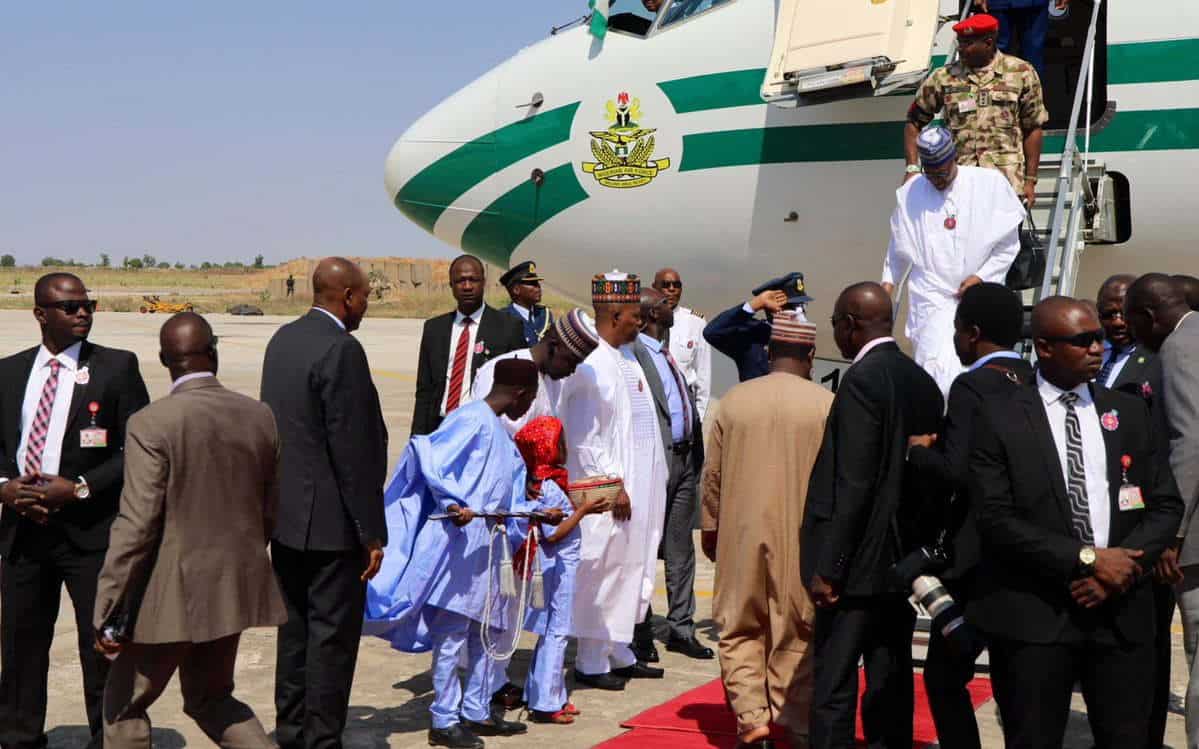 Governor Babagana Zulum has revealed that President Muhammadu Buhari will on Thursday visit Maiduguri, the Borno State capital, for a one-day working visit.

Naija News reports that the Borno governor disclosed this on Tuesday evening at the Government House in the state capital.

During his visit, Zulum said that the President would be appraising the security situation in the northeast.

According to him, the president would also inaugurate 4,000 houses which were part of the Federal Government’s housing project, as well as some local projects executed by the state government.

“The President would commission the first phase of the 10,000 houses which he graciously approved and funded for the resettlement of Internally Displaced Persons (IDPs) and refugees.”

According to the Governor, the housing project in Borno is the largest Federal Government housing intervention sited in one state.

He, therefore, urged the resident to come out and accord the President a rousing welcome and reminds the people of Maiduguri of the President’s recent approval for the establishment of a power plant by the Nigerian National Petroleum Corporation (NNPC) in Borno, to address electricity problems.

Governor Zulum highlighted the other projects approved which he attributed to the President’s compassion and concern for the humanitarian situation in the state.

Borno state which is the epicentre of insurgency war in Nigeria has been at the end of incessant deadly attacks by terrorist groups–Boko Haram and the Islamic State West African Province (ISWAP), and many residents have grown frustrated with the Buhari government.

The northeast state is a stronghold of the ruling All Progressives Congress (APC), which won presidential elections in the state in 2015 and 2019.

Protesters had in February 2020 booed Buhari when he travelled to Maiduguri to “sympathise” with its residents over recent Boko Haram attacks.

A video circulated on social media showed hundreds of protesters on the road while the president’s convoy drove past.

“Buhari, we don’t like you. We don’t want you anymore,” some of the protesters chanted in Hausa.