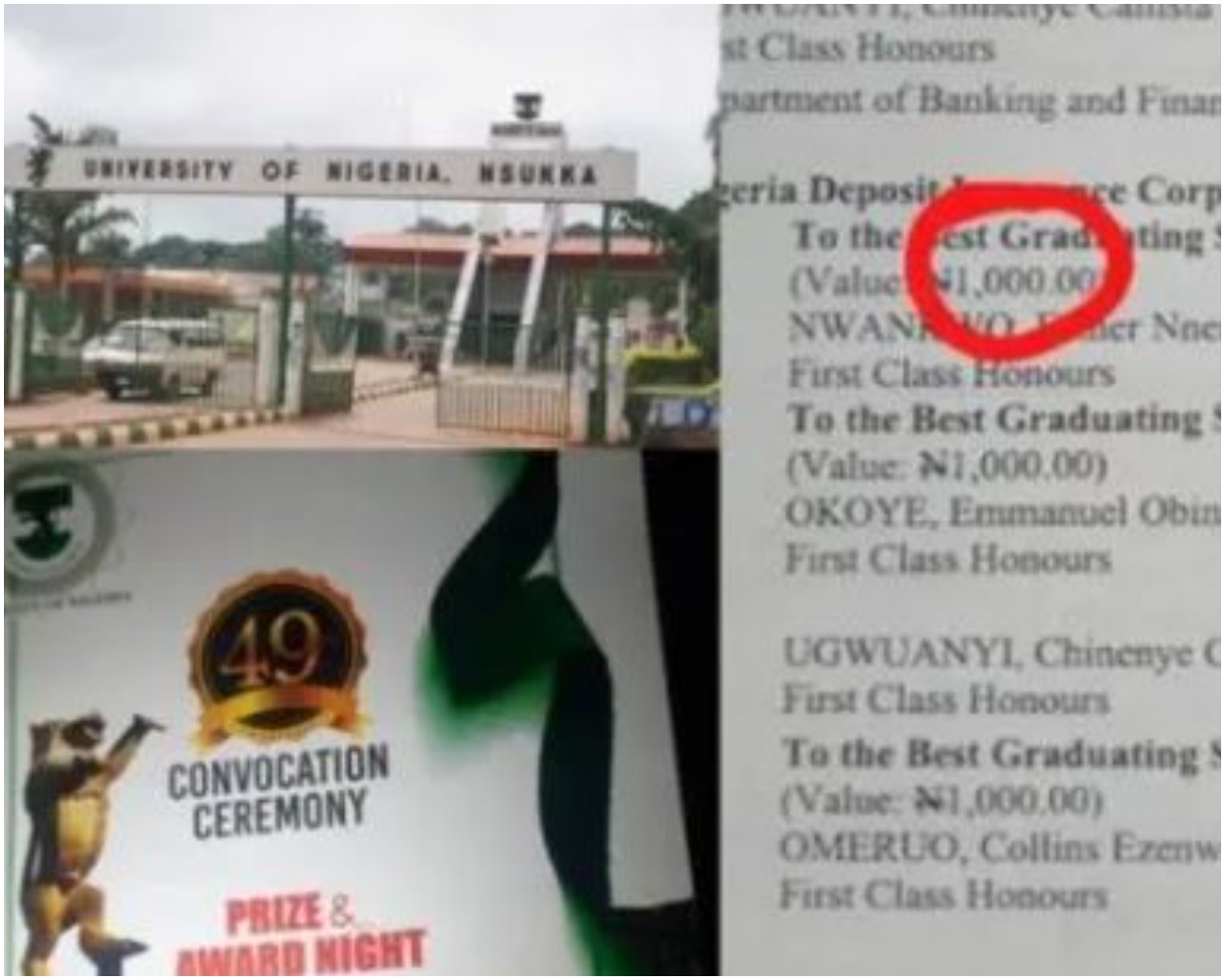 The University of Nigeria Nsuka, UNN has been under fire on social media after it was revealed that the school awards a sum of N1000 and N1500 to its best graduating students in several categories.

The 49th convocation of the University of Nigeria, Enugu State, held last Thursday.

According to SaharaReporters, parents and visitors were baffled and annoyed that the first-generation university could award such “ridiculous prizes” to its best brains at a public ceremony.

The awards and prize night programme booklet of the best graduating students received by SaharaReporters confirmed that the university awarded the said prizes to its best students.

Some university workers drew connections between the university’s paltry prize money and Big Brother Naija, where the winner takes prizes worth millions of naira.

They added that even runners-up in the Big Brother Naija show still smile home with magnificent prizes such as Sports Utility Vehicles in a television programme devoid of academic rigors. 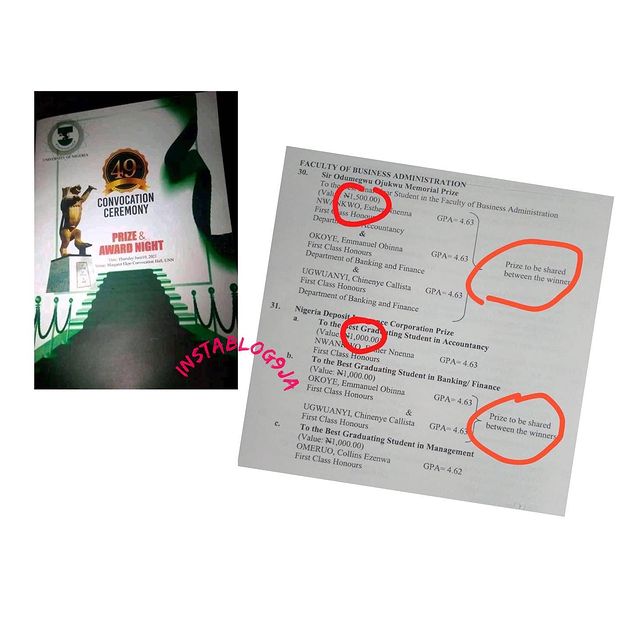 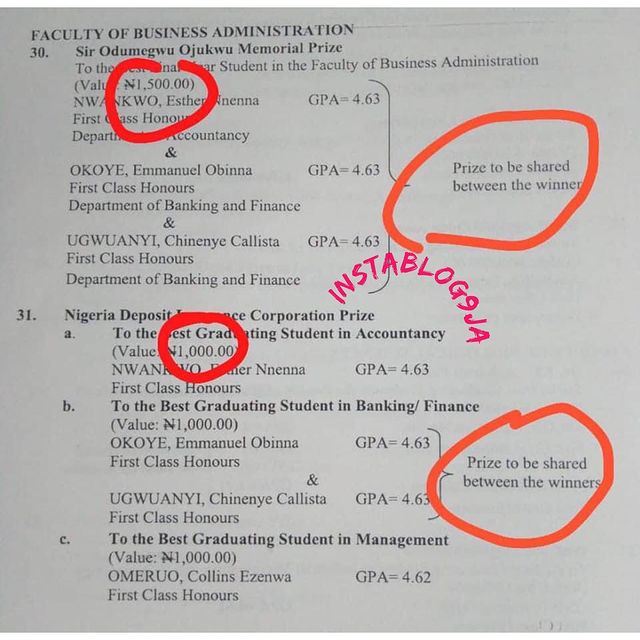