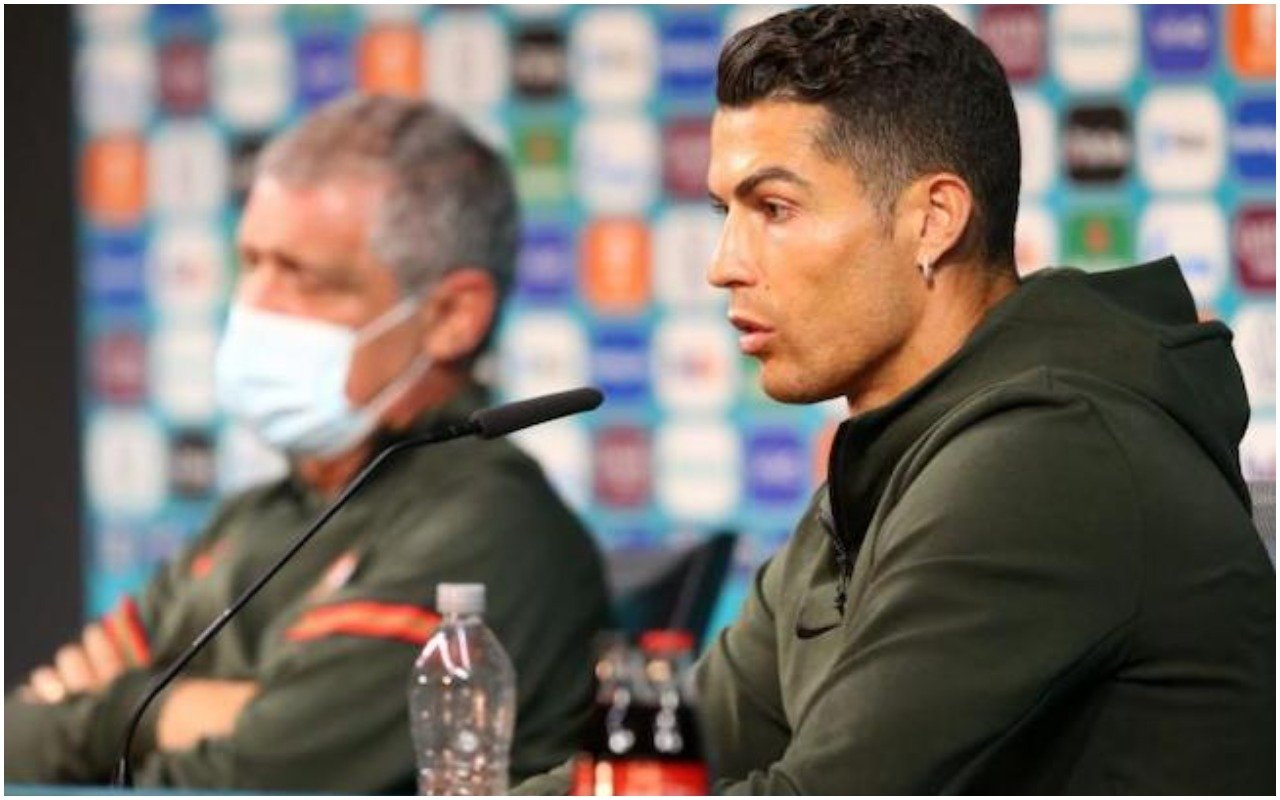 The gesture made by the captain of Portugal, Cristiano Ronaldo, during a press conference on Monday has caused Coca-Cola to lose the sum of $4 billion within hours.

The Juventus forward while speaking with journalists during a press conference spotted two bottles of Coca-Cola and immediately pushed them aside.

Ronaldo thereafter picked up the bottle of water that was on the table and said to the cameras: “Agua! (Water!)”.

The talented player at a time had spoken against sugary soft drinks, adding that he does not want his son to consume them.

According to Marca, the share price of Coca-Cola before and after Ronaldo’s action has led to billions of dollars in losses for the company.

The Spanish newspaper further claimed that the company went from being worth $242 billion to $238 billion – a “brutal 1.6% drop” for it on the stock market.