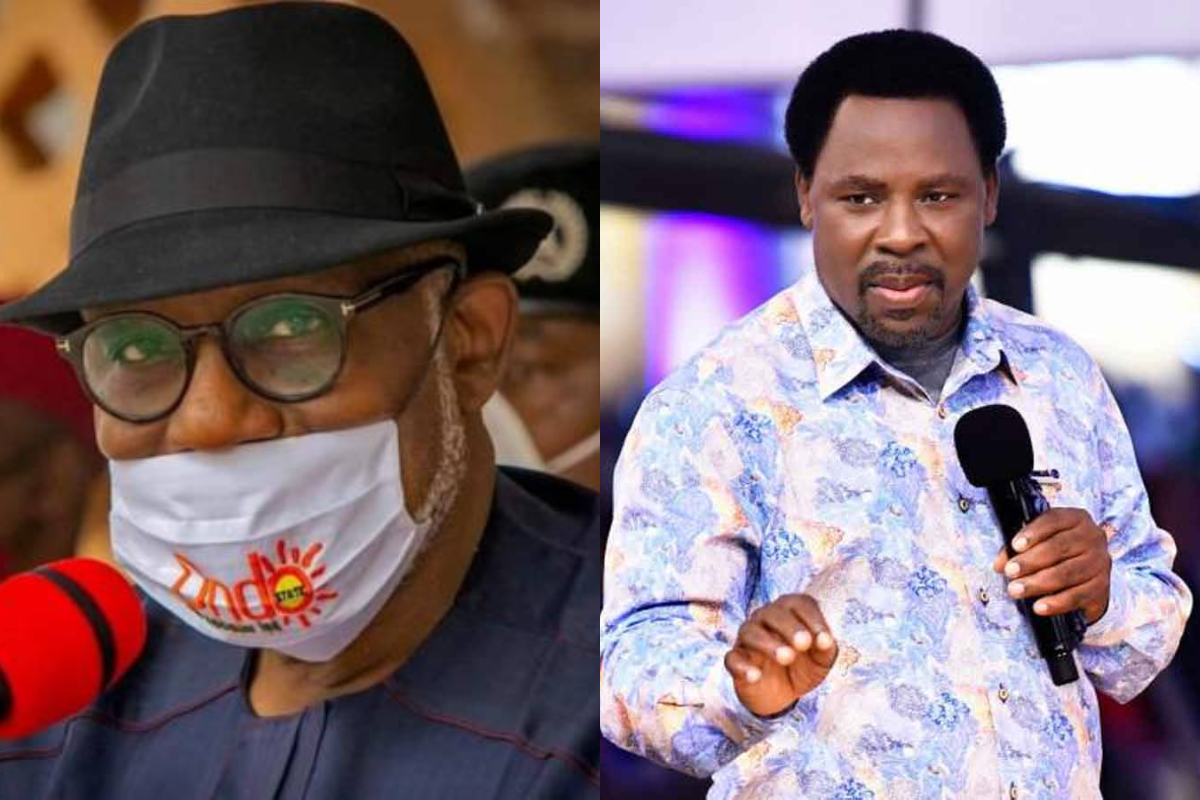 The Ondo State Government has sent a delegation to pay a condolence visit to the family of Prophet Temitope Joshua popularly known as TB Joshua, founder of The Synagogue Church of All Nations (SCOAN).

Naija News recalls that TB Joshua had died on the 5th of June at the age of 57 after a brief illness.

Leading the delegation to the deceased’s residence in Lagos, the Speaker, Ondo State House of Assembly, Bamidele Oleyelogun, described TB Joshua’s death as a great shock.

He noted that the renowned televangelist would be missed by the people of Ondo State, Nigeria and his followers all over the world.

He then presented a letter of condolence from Governor Rotimi Akeredolu to the family and assured them that the state government was in solidarity with them.

The Chief of Staff to Governor, Olugbenga Ale, who condoled with the family said the popular prophet lived his life to the fullest and in the service to humanity.

The member representing Akoko North West Consistency 1, Jamiu Maito, said the people of Akoko had lost a leader not only for his spiritual contributions but for touching many lives through his philanthropic gestures.

Speaking during the visit, late Joshua’s wife, Mrs Evelyn, thanked Gov. Akeredolu, the leadership of the state assembly and the Ondo people for reaching out to them at their moment of grief.

She promised that the family would sustain the legacy which the man of God was known for.