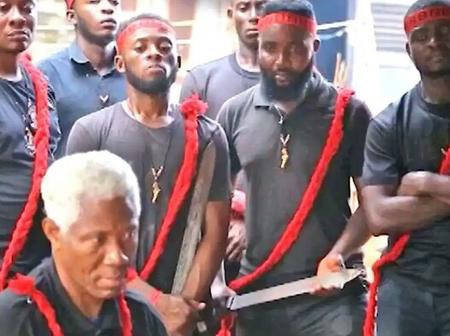 A notorious vigilante group in the South-east, the Bakassi Boys, have reportedly re-emerged in some parts of Awka, Anambra State capital.

It was gathered that the dreaded Bakassi Boys were seen in two vans, singing and warning criminals in the state.

When contacted, the Police Public Relations Officer in the state, Ikenga Tochukwu, denied knowledge of the re-emergence of the vigilante group.

He said, “I received this as information from you. I don’t have any such details before me.

“Meanwhile, I will make enquires please.”

Asked whether the police would be ready with such arrangement, the PPRO said, “We are ready to work with any stakeholder in security.”

But a source told DailyTrust that, “the boys came mainly for alleged cult groups which have taken over Awka town in recent time without any response from the Police. I think they were invited by traders.”

The Bakassi Boys are usually armed with machetes and guns and an array of black magic artefacts worn around their body.

They have been accused of extrajudicial killings.

The South-east has been rocked with insecurity in recent times with the Nnamdi Kanu-led Indigenous People of Biafra (IPOB) accused of carrying out killings and attacks in the region.

What the re-emergence of the notorious groups portends for members of IPOB is yet unknown.