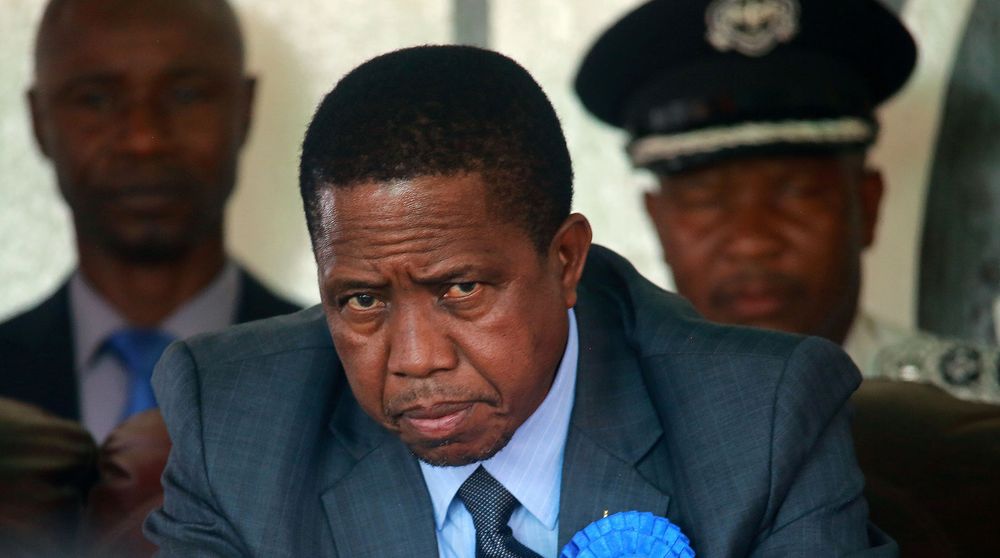 The President of Zambia, Edgar Lungu, on Sunday suffered an attack of dizziness that prompted a sudden halt to television coverage of an official ceremony.

A cabinet official revealed that Lungu had been attending a defense forces Commemoration Day event, which was brought to a swift end.

“He recovered immediately and walked to the official car and returned to his residence at State House.”

According to Nigeria News, Miti said the 64-year-old was well and would continue to discharge his duties.

Lungu, who is campaigning for re-election in August, had suffered a rare stomach disorder called achalasia in public in 2015 and was hospitalised.

He came to power in 2014, initially replacing Michael Sata who died unexpectedly before the end of his term. He then went on to win polls in 2016.

Hakainde Hichilemaon, the country’s top opposition, is again set to be his main rival for the presidency.