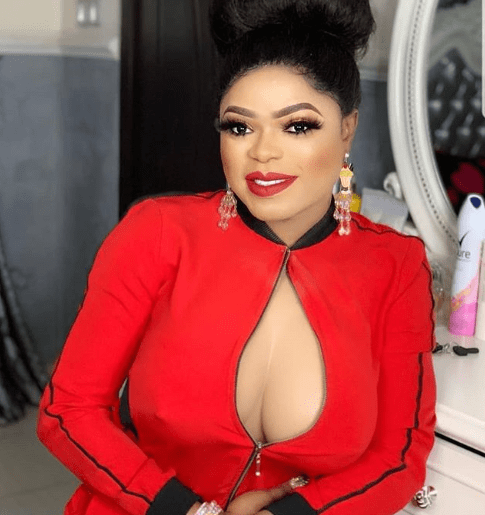 Controversial crossdresser, Okuneye Idris Olarenwaju better known as Bobrisky has revealed why he does not like most Yoruba celebrities.

Naija News reports that renowned musician, Tope Alabi, came under trolls on Sunday after she condemned the lyrics of her colleague, Adeyinka Alaseyori  which make reference to God as ‘Oniduro Mi’, meaning ‘My Guarantor’ in the Queens language.

The cross-dresser who recently underwent a plastic surgery via his Instagram page called Yoruba celebrities who allegedly take sides in Gospel singer, Tope Alabi’s “fight” with her colleagues Tolu Adelegan and Yinka Alaseyori, also alleging that most of them are broke.

He wrote; ‘I so much dislike the majority of this so-called Yoruba broke celebrities. Their eye serviced is damn too much. Bobrisky wrote;

Even some fools I followed here are ranting on blogs comments sections about TOPE ALABI. Listen to me I’m not a Christian yeah ! So is non of my business but lot of dis yeye celebrity in gistlover voice are TRASH !!!!!!! If they born you well come for me. Is on dis my sick bed I will drag all your generations.

Y didn’t you stand for the other lady before dis tope alabi saga ? Mtcwwww. Eye serviced don finish them”