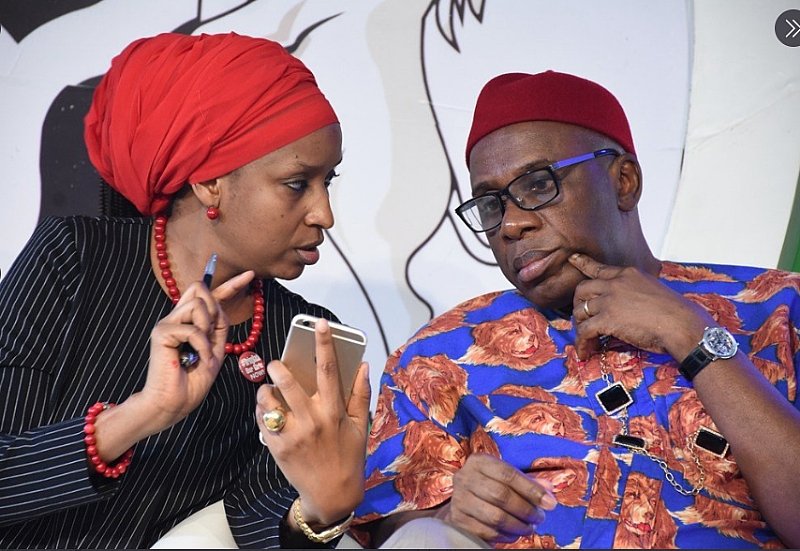 Speaking with ARISE TV, the former Rivers governor said Bala Usman was only asked to step aside pending the conclusion of the investigation on NPA.

“I’m not aware that Hadiza was actually suspended. What I suspect is that she was asked to step aside to enable investigations to be carried out on NPA, not on her,” he said.

READ ALSO  Those Who Made Buhari President Are Now Regretting - Omokri

He added, “We are investigating NPA. At the conclusion of the investigation, all the report will be forwarded to the president who will make a determination on the way forward.”

Rotimi Amaechi also dismissed reports that he was involved in the suspension of the NPA MD.

It will be recalled as earlier reported by Naija News that the presidency had confirmed the suspension of Hadiza Bala Usman.

READ ALSO  Buhari In Meeting With Peace Accord, Matthew Kukah, Oshiomhole, Others

The suspension according to a statement by presidential spokesperson, Garba Shehu was approved by President Buhari.

He added that the suspension of Usman is based on the recommendation of the Ministry of Transportation on the need to investigate the management of the NPA.

Buhari, therefore, directed Usman to step aside from her role pending the outcome of the investigations by the panel set up while Mr Mohammed Koko will be in acting capacity as the NPA boss.