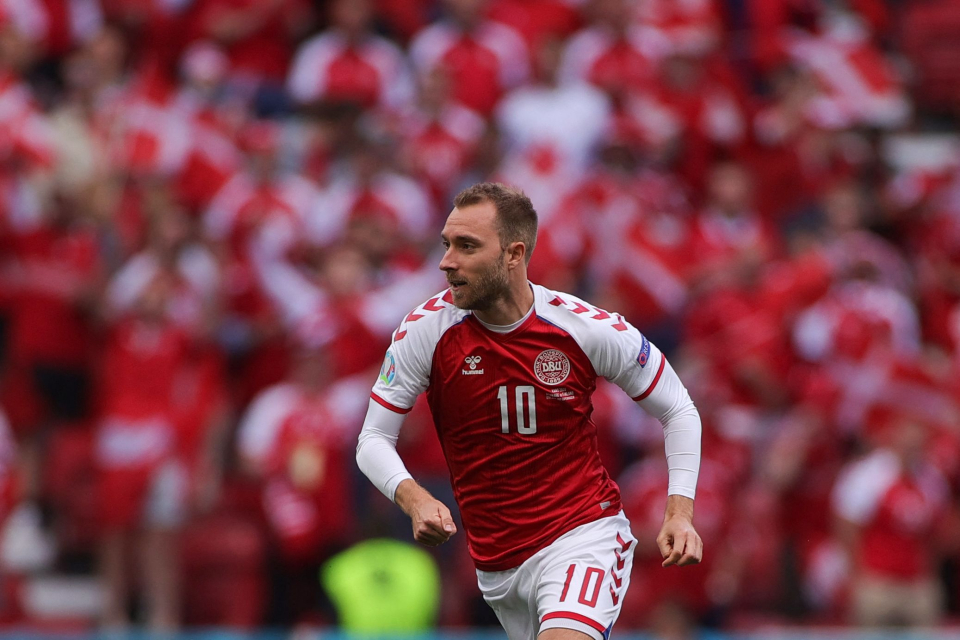 Danish professional, Christian Eriksen on Saturday suffered a cardiac arrest which saw him out of the pitch on stretcher in the Euro 2020 opener between Denmark and Finland.

Though after the scary event which led to the suspension of the match, Eriksen was revived and is said to be in stable condition. However, a leading sports cardiologist, Sanjay Sharma, has said the 29-year-old player may not be able to play football again.

Naija News understands that Finland had netted a 60minutes goal, giving them a lead ahead of Denmark before Erikson’s sudden collapse. Danish Football Federation had reported earlier that the Inter Milan playmaker was resuscitated and is in “stable” condition in the hospital.

However, speaking on the player’s incident, Sharma who is a professor of sports cardiology at London’s St George’s University, said football bodies would likely be “very strict” about allowing Erikson to play football again.

Shama who had worked with Eriksen during his time at Tottenham insists that “Clearly, something went terribly wrong, but they managed to get him [Eriksen] back, the question is what happened? And why did it happen?

He added: “This guy had normal tests all the way up to 2019, so how do you explain this cardiac arrest?”

“The fact he is stable and awake, his outlook is going to be very good. I don’t know whether he will ever play football again.

“Without putting it too bluntly, he died today, albeit for a few minutes, but he did die and would the medical professional allow him to die again? “The answer is no.”

“His cardiac arrest has rocked the entire nation today and that’s what happens. It is not just them that it affects, it’s the psyche of so many people,” he added.

“The good news is he will live. The bad news is he was coming to the end of his career, so would he play another professional football game? That I can’t say.

“In the UK he wouldn’t play. We would be very strict about it.”