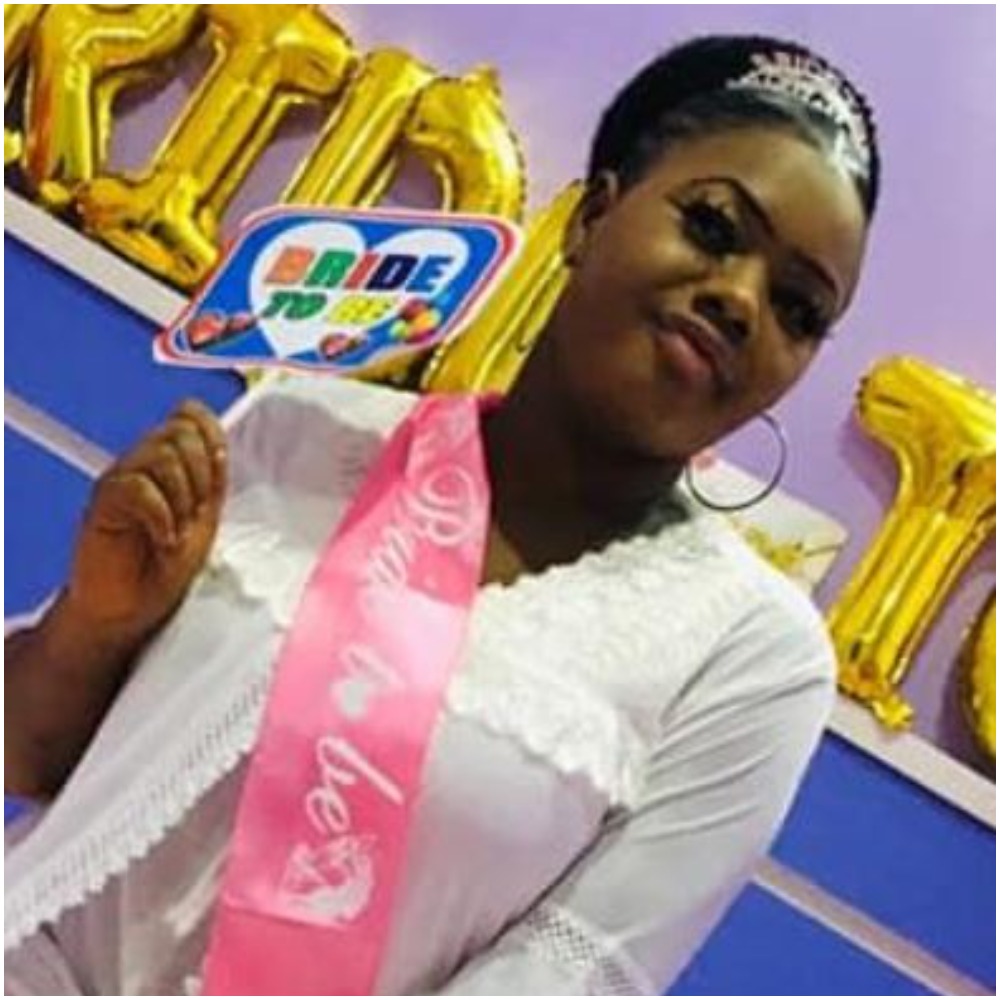 A Nigerian Lady identified as Chinaza has died during childbirth after her husband Emmanuel ignored doctor’s directive of his wife losing blood and took her to another hospital where she died.

Recounting what occurred before her niece’s death, the aggrieved aunt simply named Chizoba called out her niece’s husband following her death.

According to Chizoba, they saw bruises on her niece’s lap and hand alleged that her husband claimed that she got the lap injury after falling into a gutter and the hand injury from an oil burn.

She wrote; ‘‘Too painful to behold your bruised body at the hospital where you breathed your last breath. I spoke with you 12:45am 10th June, 2020, you said ”Aunty aju na ebu m, i am feeling too much pains in my stomach”” i told you it is part of labour wahalla that very soon the baby will come and you will be relieved, that you should be pleading Blood of Jesus, i shall deliver like a Hebrew woman.

The nurse later called me around 1:30am that they need 3pints of blood for surgery, that you are bleeding internally, the placenta had cut inside, why? i asked but she is not yet in labour? her EDD is next month, she said we are losing herooo doctor directed so, we started calling your so called husband who we later got around 2am to run fast and sign for operation. He came in the morning to object doctor’s directive and took you to another hospital, Frank City Clinic Igando. You bleeded throughout the day till morning having only 20? blood count. Doctor demanded for 150,000 before touching you, that the baby is dead, we rejected the news, after everything you were taking into the theater, we were all praying for your success little did we know that you are going home from there. What an agony dearest niece. I couldn’t believe it. I was down that night but i felt your death after speaking with you, i started shivering, cold from no where overtook my body, i had never experienced such before. Immediately i started pleading Blood of Jesus.

It was when your body was brought out of the theater that we saw a bruised lap, hand etc. Chino asked your husband what happened to you and he said you fell into a gutter, what about her hand, hot oil split over her while frying egg. I don’t believe those explanations. How can a woman in her eight month pregnancy have such wound and didn’t rush to the hospital for treatment and check up. Frank city clinic Doctor (family doctor) said he saw you last in April, you looked pale, had not eaten, he bought you indomie, and encouraged you to be coming but you never did until yesterday. Maternity home nurse where your husband registered you, said you registered last month but came two days ago with bleeding complaint so she took you to specialist hospital because it has passed her jurisdiction. Specialist doctor admitted you after sending you for a scan, seeing your state and the dead unborn baby boy opted for an immediate surgery to save your life. If you had told me you were bleeding or had such bruises i would have given the doctor order to start the operation without your husband consent, i felt we should allow him take that decision i never knew he will transfer you to another hospital saying he has his own family doctor, so why didn’t he take you there first than taking you to a maternity home for such treatment.

Your love for him made you hid a lot from us. We saw the hand written on the wall before your marriage, at the traditional marriage and while you were living with him, we thought things will get better since he is showering you so much love on Facebook. His followers said he saw your death before now and told your dad who said nothing will happen to you, as a man of God will he just have a prophecy about his pregnant wife and keep mute, is he not a true man of God to rebuke death, i take that to be a story because your father said such didn’t happen.

My dear it is very painful do mourn your demise but we have no choice, May the good Lord accept your peaceful soul and grant you eternal rest. Go well Chinaza, i am waiting for your husband to come and tell us how it happened, he is running, He received small slap in the hospital, he will receive more when we see him, we carried your body from the hospital down home, he didn’t accompany your corpse, his mum said he couldn’t come because tension is high i wonder, clear conscience fears no accusation they say. His followers claims he loves you, where is the love? Dominion Emmanuel come and speak for yourself! We are waitingooooo” 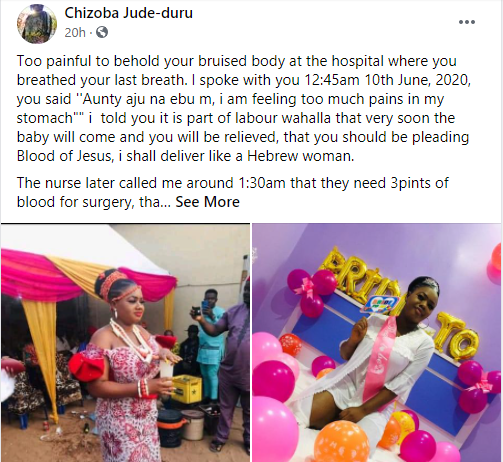