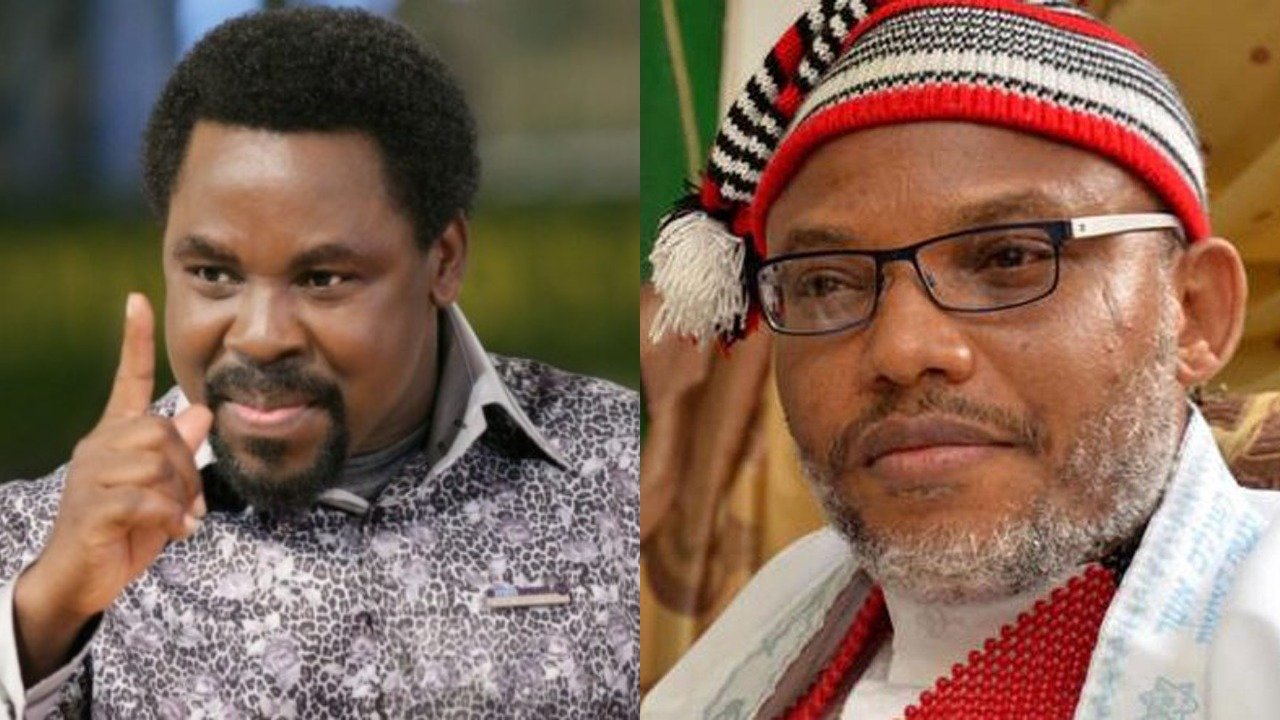 The Senior Pastor of Divine Mercy Church, Olatobiloba Peters, on Wednesday claimed that God revealed to him some things about the late founder of the Synagogue Church of All Nations, T B Joshua and the leader of the Indigenous People of Biafra, Nnamdi Kanu.

The cleric while revealing what he claimed God told him said the late televangelist who died last week Saturday is not in heaven.

Peters further stated that the powers of the late founder of SCOAN are not from God, hence the reason for him not to make heaven.

This is coming after the Senior Pastor of Christian Life Church, Jackson Senyonga described the late prophet as the “biggest witch in Africa.”

Pastor Peters while speaking said: “God showed me in a revelation of the night that Temitope Joshua did not make it to heaven. In that revelation, I saw that he could not make it because the powers he was using was not from God, this is what was revealed to me.”

“TB Joshua was, however, a good man and one of the greatest philanthropists of our time but the things of the spirit are different from how many see things.”

“It’s not about being a philanthropist, but is God really involved? Is God happy with what he was doing? God is not his source of power and this should be a lesson to humanity.”

The cleric further stated that the IPOB leader may not see the end of the year.

“I see Nnamdi Kanu vacating this earth and another taking his place as a result of his demise.”

“Mark my word, Kanu will not be the one to actualise Biafra; we will not live long to see it happen.”

“Tell Kanu to amend and make his ways right with God because I see him exiting this earth soon,” he said.