The 28-year-old, who recently acknowledged her privilege while enjoying a mini-vacation at her dad’s penthouse in Monaco, seems to like her men foreign, disclosing her adventures with a younger man during a question and answer session on her Insta stories.

According to Cuppy, via her verified Instagram affirmed yes, when asked if she could date a younger man.

An anonymous fan asked, ‘Can you date a younger guy?’

Cuppy replied; Dated a 23-year-old last year, and it was magical. 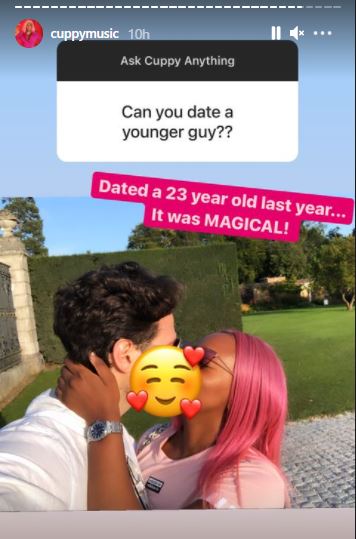 Meanwhile, DJ Cuppy Otedola recently taken to her social media to celebrate her only brother, Fewa on his birthday revealing there’s no shame in being autistic.  Naija News understands that Fewa Otedola turned 21on 2nd June.