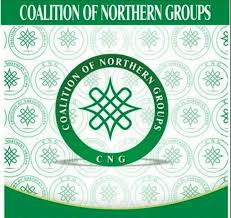 The Coalition of Northern Groups (CNG) has warned the Aare Onakakanfo of Yoruba land, Gani Adams, against any attack on Northerners in any part of the South.

Recall that Adams had said that the killing of residents of Igangan Town, Ibarapa, Oke-Ogun area of Oyo State is a declaration of war on the Southwest by the North.

In a statement on Tuesday through its spokesperson, Abdul-Azeez Suleiman, the CNG warned that any attack against Northerners in any part of the South would not be acceptable.

The CNG stated that Adams, who holds a high position in Yoruba land, has still be unable to overcome his former “militant tendencies” and conform to rules of decency required by his title.

It described as contradictory that Adams, who is quick to beat drums of war against the North was the same Oodua Peoples Congress (OPC) leader that cheered recent attacks and killings of non-Yoruba residents of the same Igangan by Yoruba gangs under Sunday Igboho which the CNG claimed the Southern media downplayed.

“We find it outrageous for Adams to so readily attribute the attacks to the North whereas the actual attackers have not yet been officially identified.

“For Adams to just jump to such a conclusion that the attacks were carried out by the North and even call it a declaration of war speaks volumes of the mindset of the typical Southerner against the entire Northern region,” he said.