38 Kidnappers, Shila Boys, Others Paraded By Police In Adamawa

Reactions As Obasanjo Teaches Grandson To Prostate Properly When Greeting

Insecurity: Election May Not Hold In Some Parts Of Nigeria – Don 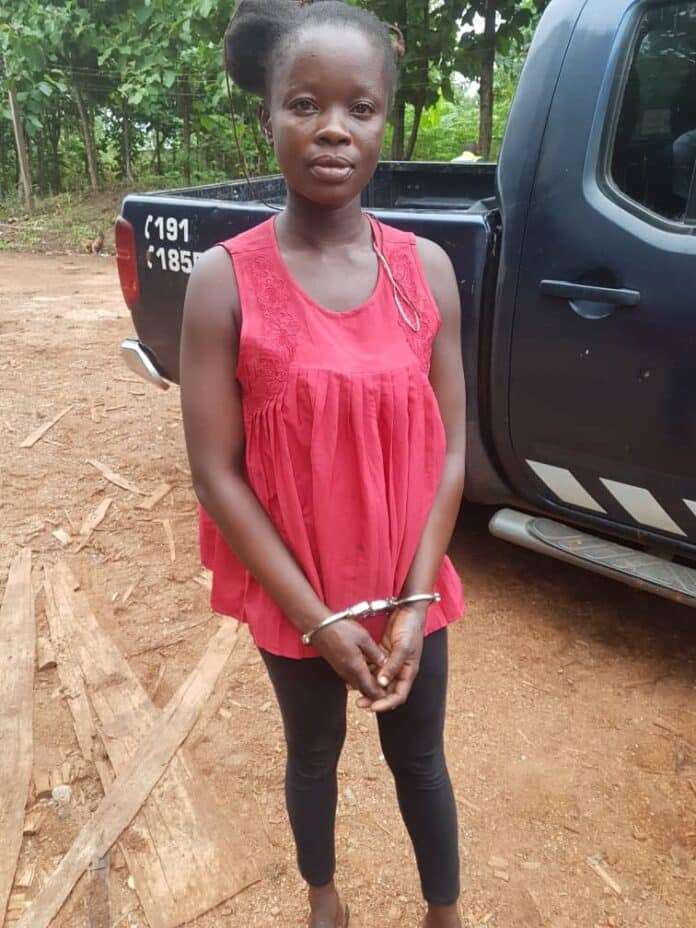 One Prince Yaw Aboagye has been murdered by his girlfriend after denying her a taste of the grasscutter soup he made.

Naija News learnt that the two Ghanaian lovers have been in a relationship for over six years before the incident happened. The suspect, Hilda Asumani, is reported to have stabbed Aboagye in the neck after an argument ensued between them over the meal.

Reports had it that the 27-year-old hairdresser used scissors to attack her man on his neck when and chin. She is said to have attempted to block the blood gushing out of his neck but failed to save his life as he has lost a lot of blood already.

The incident reportedly happened at Abesim in Sunyani Municipality, Ghana on Tuesday morning, June 8, few days after she accused him of cheating on her. Co-tenants, however, found Aboagye lying lifeless in front of his room in a pool of blood with multiple wounds on his neck and chin.

Confirming the incident, a police source said that the two lovebirds engaged in a heated quarrel after the deceased denied the suspect a grass cutter meal he was eating. Giving more details on the incident, another tenant in the state location who spoke to journalists, revealed that the couple had been having heated argument and fights lately.

He hinted that Asumani and her boyfriend had a misunderstanding last Sunday, June 6, after she suspected him of having an affair with another woman. She reportedly seized his phone later and that led to a squabble which was later resolved though she refused to give him back his phone.

However, his remains have since been deposited at the Bono Regional Hospital for postmortem while the suspect is assisting police in the investigation.

In another news, among the victims of the attack allegedly carried out by Fulani herdsmen in Odugbeho community, Agatu Local Government Area of Benue State during the last weekend, is a young man who just graduated from the Federal University of Agriculture, Makurdi.

Naija News learnt that the graduate, Echechofu Ali Paul, was hacked to death by the killer herdsmen who killed no fewer than forty persons during the attack.