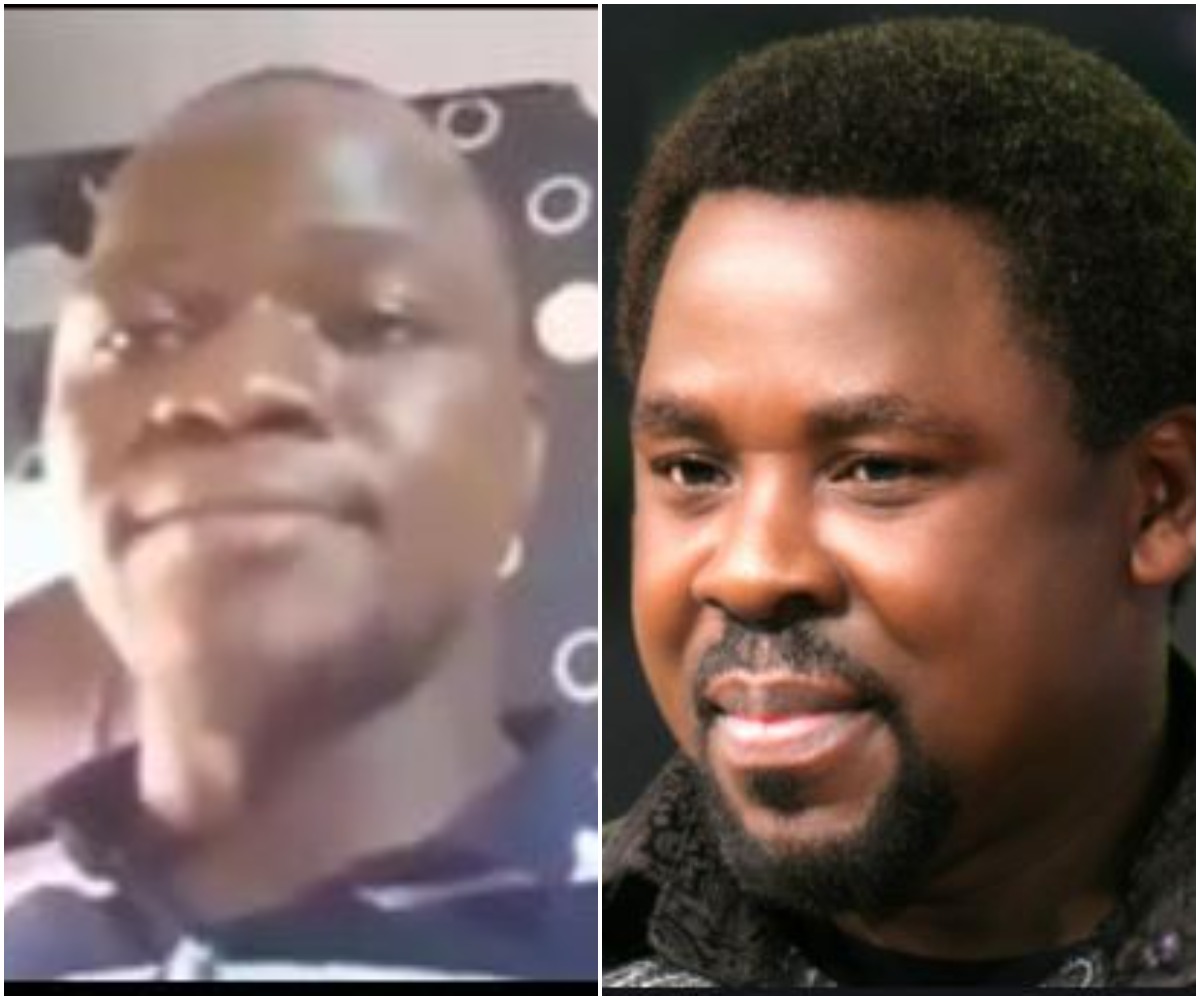 A Nigerian man has come under fire for accusing the late prophet TB Joshua of destroying the lives of youths in the country.

Naija News recalls that the cleric died in Lagos in the early hours of Sunday few days to his 58th birthday.

Following the death of the late man of God, a lot of people, including pastors, have continued to attack the late prophet.

However, angry Nigerians on social media have attacked an Indian-based Nigerian man for accusing the late prophet of selling holy water to sick people who needed medical attentions.

According to the Indian-based Nigerian man, ‘‘the white who brought religion to us are building world-class hospitals to fight terminal diseases while the black man relies on holy water for healing.”He was heard saying in the video

Reacting to the video, Nigerians out rightly condemned the man insisting he would have voiced his issues while the late prophet was still alive not when he’s dead. Watch the video here;

Some of the comments below’

@lucyokwor75 wrote; ‘So you think death is punishment ,,do you know if the dead people are better than us? Death remains a mystery so live your life.’

@akpohason wrote; ‘I love TB Joshua but what this guy is spewing out is nothing but the truth.’

@otipoju1 wrote; ‘All of you saying bad about the man of God are mad…..why don’t you come out before now’

@ohrepeter1 wrote; ”Still don’t understand why must people think death is a punishment.Or just bcos the person died early means he is the greatest sinner. He died peacefully and to me that is the right way to die.Those of u judging him,u don’t know when or how u will die.Weda na fire or bus go hit u to pieces u no know.”

@adamsape2020 wrote; ‘‘The question is why all this people not talking when his alive.. human are wicked then animals.”