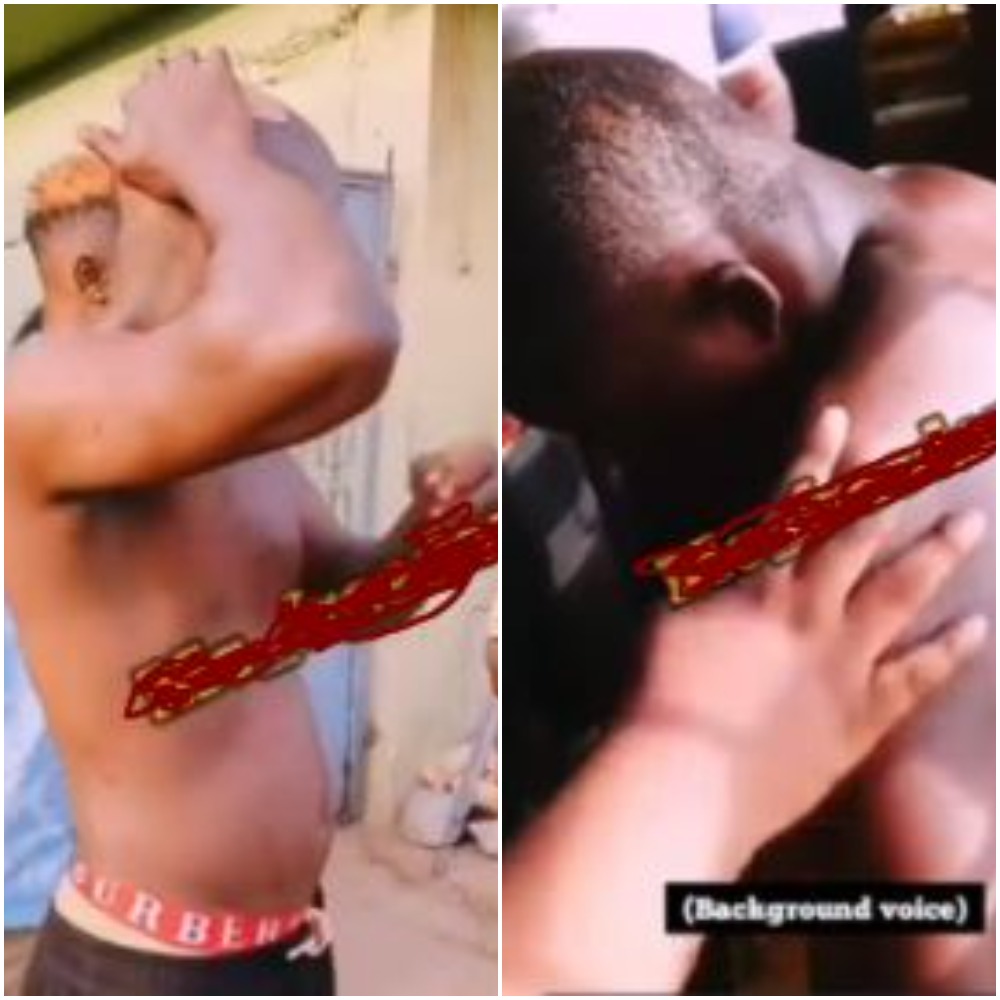 A Nigerian comedian popularly known as Mc freedom has received a beaten life for a prank that went horribly wrong in Ibadan.

In the video that has become a growing sensation, the comedian who was dressed as a native doctor was pictured in a popular market demanding to use a young lady who was a virgin for ritual purposes.

Albeit, a skit, concerned market men and women rounded the comedian, beats him mercilessly, and inflicting deep cuts on him with a machete. Despite the pleads, the crowd descended on him, as he almost got lynched in the process.

All efforts by him and his camera crew to convince those around him that it was a prank fell on deaf ears. The video is indeed graphic and has been blurred out in parts.

@Ritzybeauty wrote; ‘We should try to be conscious of sensitive statements especially when we have people around us… He would have just been killed for nothing.. Thank God for his life though.’

@Kingcalls wrote; ‘Very foolish man….he is very lucky to still b alive…how can u be doing prank in a market full of illiterates and tire dey near am ooo…’

@Jaeyking wrote; ‘First of all before you carry out such prank. Its either you tell the surrounding people about it so that they can stand by you when it goes haywire. Sorry for him. Make he tank God say dem no kill am.’