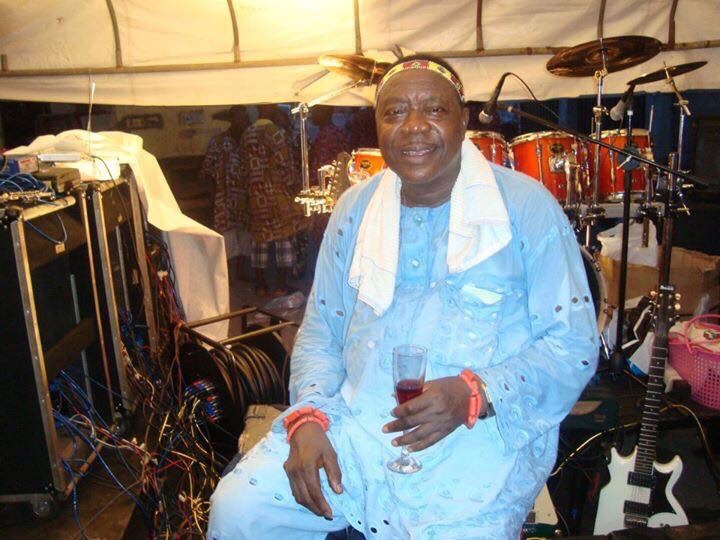 Popular Nigerian highlife singer, Osayomore Joseph, has debunked the rumours of his death.

Naija News understands that there were reports making the rounds on Monday of the demise of the Edo State musician.

The development stirred commotion as fans of the singer had started sending condolence messages to his family after learning of his death. One of the social media posts which announced Osayomore’s death reads: “Ambassador Osayomore Joseph just passed on! The voice for the voiceless, the voice of Benin. Rest on brother, the song remains the same.”

However, a subsequent report emerging a few moments ago has confirmed that Osayomore is still alive. Naija News understands that the singer and his daughter, Uwa Osayomore Joseph, took to Facebook Live post to dismiss the rumour saying it is the work of rumour mongers.

While responding via the live video, Amb Osayomore Joseph said the people spreading the fake rumour are mad. “I have been receiving calls from different individuals. They are mad,” he said.

Also reacting to the rumour of her father’s death, Uwa said: “My dad is not dead, you can hear and see him in this live video.”

Meanwhile, the Federal Government has ordered an investigation into the molestation and killing of Olajide Blessing Omowumi, a student of the University of Ilorin.

Naija News had reported earlier that Omowumi was gruesomely killed by some unidentified persons who invaded her guardian’s house in the Tanke area, in Ilorin, Kwara State capital.

The lady who is said to be in her 300 level student at the Faculty of Agriculture at the University of Ilorin was raped to death by hoodlums, reports had it. Reacting to the disturbing incident on Monday, the federal government charged security agencies including the Department of State Services and Police in Kwara State, to immediately swing into action to fish out the killers of the young lady.

Lamenting the incident in a statement signed and issued on Monday in Abuja, the Minister of Women Affairs, Dame Pauline Tallen, said there must be justice for Omowumi.