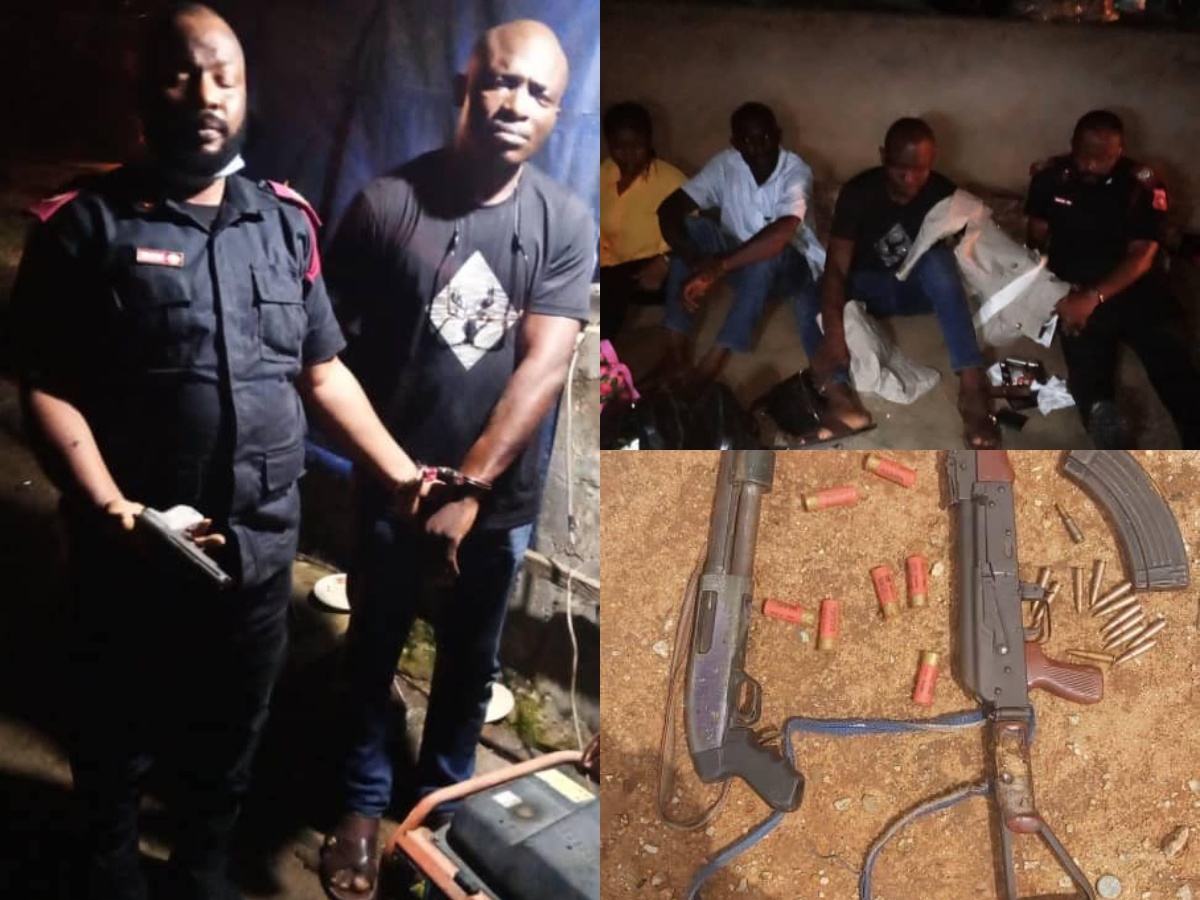 Delta State Command of the Nigeria Police Force has confirmed the arrest and also killing of at least six suspected kidnappers.

The command in a statement dated Sunday, June 6 of which copy was made available to newsmen, said it had an encounter with armed robbers while on stop and search duty along Patani-Bayelsa road during the weekend.

The State Police Spokesperson, DSP Edafe Bright, who disclosed the event said operatives of the command intercepted a Sienna bus with Reg. no. LSR 813 XL with four occupants who on sighting the police, attempted to run away by taking a route.

Bright revealed that the police went after them and were able to arrest the suspects whom he revealed their identity as, Efe Oyenikoro, Felix George, Emmanuel Job and Joan Yapiteghe.

The statement reads: “On 5/6/21 at about 2130hours, the men of Delta state command while on stop and search duty along Patani-Bayelsa road intercepted a Sienna bus with Reg. no. LSR 813 XL with four occupants, on sighting the police, they quickly tried to maneuver in a bid to escape, the police went after them,” Edafe stated.

In the same development, the command according to Edafe killed six suspected kidnappers in a gun duel on Friday, June 5.

He said: “In another development, at about 1435hrs on 5/6/21, acting on a tip off the commissioner of police Delta state, deployed joint tactical teams of the command who stormed the hideout of suspected armed robbers/kidnappers, engaged the hoodlums in a serious gun duel, the joint team killed six of them, while others fled with gun shot injuries into the bush, one Ak 47 rifle, one pump action gun, one AK 47 magazine with 25 live ammunition were recovered,”

He noted that the Command under the watch of CP Ari Muhammed Ali will not relent, as the CP has given marching order to all tactical commanders, DPOS and men of the command to be on their toes, gather intelligence and take the battle to the den of criminals.

He also urged members of the public to volunteer useful information that will assist the police in discharging its duties.

In another news, gunmen suspected to be Fulani herdsmen has killed at least 40 people in Benue State community, Naija News reports.