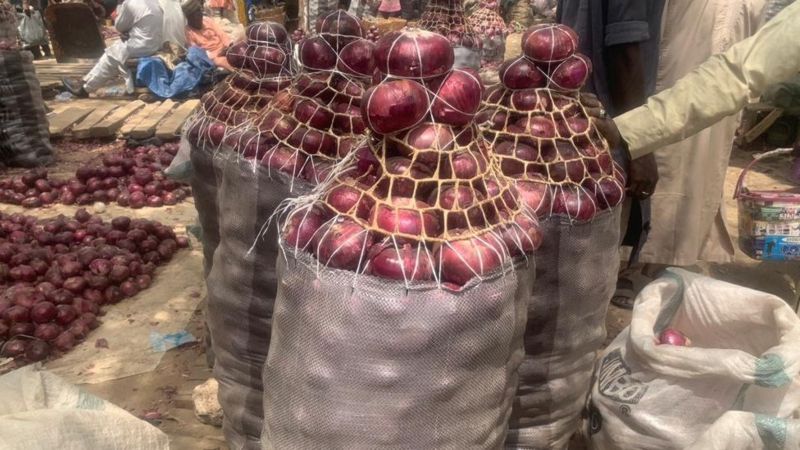 The Association of Onion Producers and Marketers Association of Nigeria (OPMAN) has said it will cut supply to all parts of southern Nigeria from Monday if governments do not respond to the group’s demands.

According to Daily Trust, one of the demands of OPMAN is that members of the organization who have lost as a result of ethnic and religious violence in the South must be compensated accordingly.

Others include restoring law and order in these areas and conducting a thorough investigation to find out the causes of these attacks on their members.

OPMAN also called on communities to respect the constitutional rights of northern entrepreneurs in their states.

Speaking to reporters after the group’s meeting in Sokoto over the weekend, OPMAN chairman Aliyu Isa noted that the group’s members had lost onions and assets worth N4.5 billion in various attacks in the south.

According to him, during the Aba crisis in Abia State, the group lost three of its members, while about 30 trailers, 9 vehicles, 50 shops and 10,000 bags of onions, among other important items of their members.

In Shasha, Oyo State, he said 27 people were killed, five trailers, 5,600 bags of onions, 12 vehicles and other valuables. Isah added that members were robbed of N13 million worth of onions in Imo State. The group has previously warned it would go on strike in the south if its concerns were not addressed, the BBC reported.