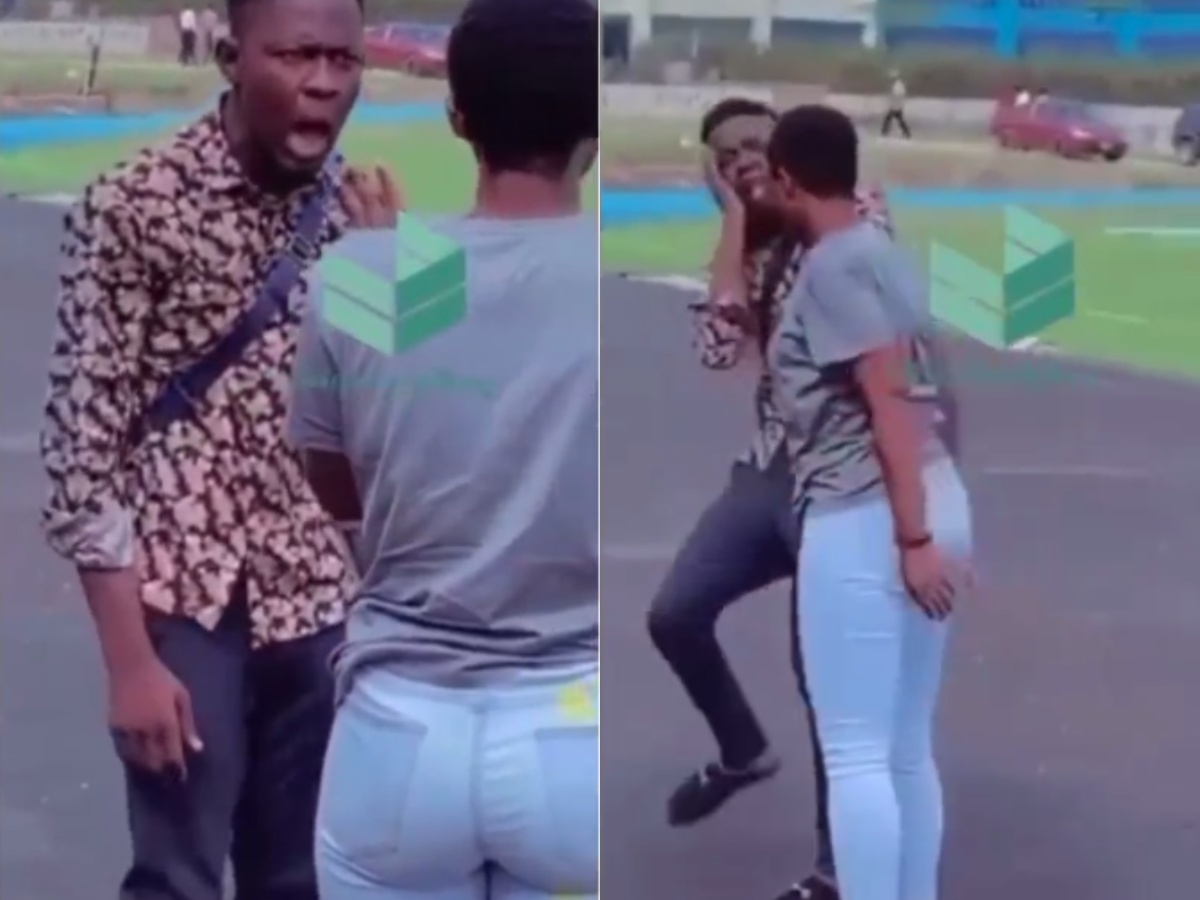 A video now viral on social media has stirred reactions as a lady is seen slapping her boyfriend for attempting to put an end to their relationship.

Though it was unclear how long the two have been together and what stirred the argument between the two lovers, the lady was, however, seen pestering the young man around somewhere that looks like a school environment.

“You have not right to end this relationship,” so the girl was heard saying in the video clip obtained by Naija News on Mediagist.

Angered with her statement, the young man said: “I will end this relationship right now and there is nothing you can do about it”.

However, while trying to move away from her presence, the young man received a hot slap from the desperate lover.

In another news, Naija News reports that a policewoman has been gunned down in Imo State by some unidentified gunmen.

Reports had it that the assailants numbering about seven invaded the Orji area of Owerri on Thursday, June 3, at about 05:30 pm shooting sporadically.