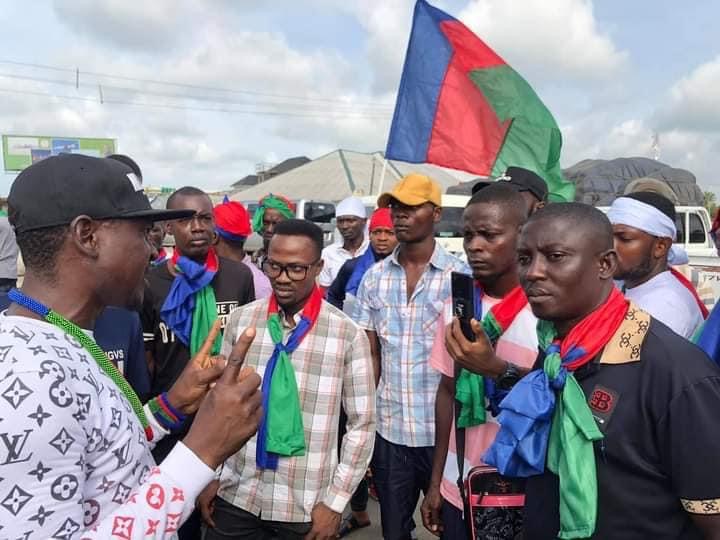 The Ijaw Youths Council Worldwide has revealed that only the immediate inauguration of the Niger Delta Development Commission, NDDC board will make them withdraw their protest.

Naija News understands that the IYC noted this after an intervention of its parent body, the Ijaw National Congress, to suspend the ongoing demonstration over the refusal of the Federal Government to inaugurate a substantive board for the Niger Delta Development Commission.

The Ijaw elders are said to have reached out to the youths after a meeting held in Yenagoa, Bayelsa State. It urged the IYC and other Niger Delta agitators to suspend the lingering protest, as well as other planned mass action to avert renewed chaos in the region.

The statement issued by the INC with the signature of its President, Benjamin Okaba; National Secretary, Ebipamowei Wodu; and Publicity Secretary, Ezonebi Oyakemeagbegha, also charged the Nigerian government to without further delay inaugurate the NDDC board to restore calmness in the region. The statement read, “The INC express concern about the growing tension in Ijaw land and the Niger Delta region arising from the protests by Ijaw youths and the ultimatum issued by High Chief Government Ekpemupolo (Tompolo) and some Niger Delta agitators over the non-constitution of the board of the NDDC.

“There is currently overwhelming anger over the state of affairs in the NDDC and except President Buhari takes proactive steps, things may go out of hand.

“The INC, as the apex Ijaw organisation, worried by the brewing tension in the region has commenced the process of engagement with critical stakeholders with a view to preventing renewed hostilities in Ijaw land and the Niger Delta region.

“However, the INC repeats its earlier demand during the inauguration of the current national leadership on May 14, 2021 for the board of the NDDC to be constituted as a matter of urgency with a Bayelsan as Managing Director and a Deltan as chairman in line with the NDDC Establishment Act, 2000.

“The INC leadership call on Ijaw youths to be calm, while a committee has been set up to investigate the issues arising from the IYC protest and will continue with the engagement of relevant stakeholders with a view to addressing the issue of constitution of the board of the NDDC and the award of new marginal oil fields”.

However, responding to the appeal by the INC, President of IYC, Peter Igbifa, said the youths would not withdraw from the protest until the inauguration of the NDDC.

According to him, IYC had given the Federal Government and the Minister of Niger Delta Affairs, Senator Godswill Akpabio, ample time to address the injustice and unfairness in the management of the NDDC, reiterating that there was no going back on the protest.

He said: “The only thing that will stop further protest is the immediate inauguration of the NDDC board. In the absence of the board, our protest continues. Our elders have tried and we appreciate their intervention.

“But we appeal to them to prevail on Akpabio and the Federal Government to quickly inaugurate this board. Our agitation is for justice, equity and fairness,” Igbiga stated.