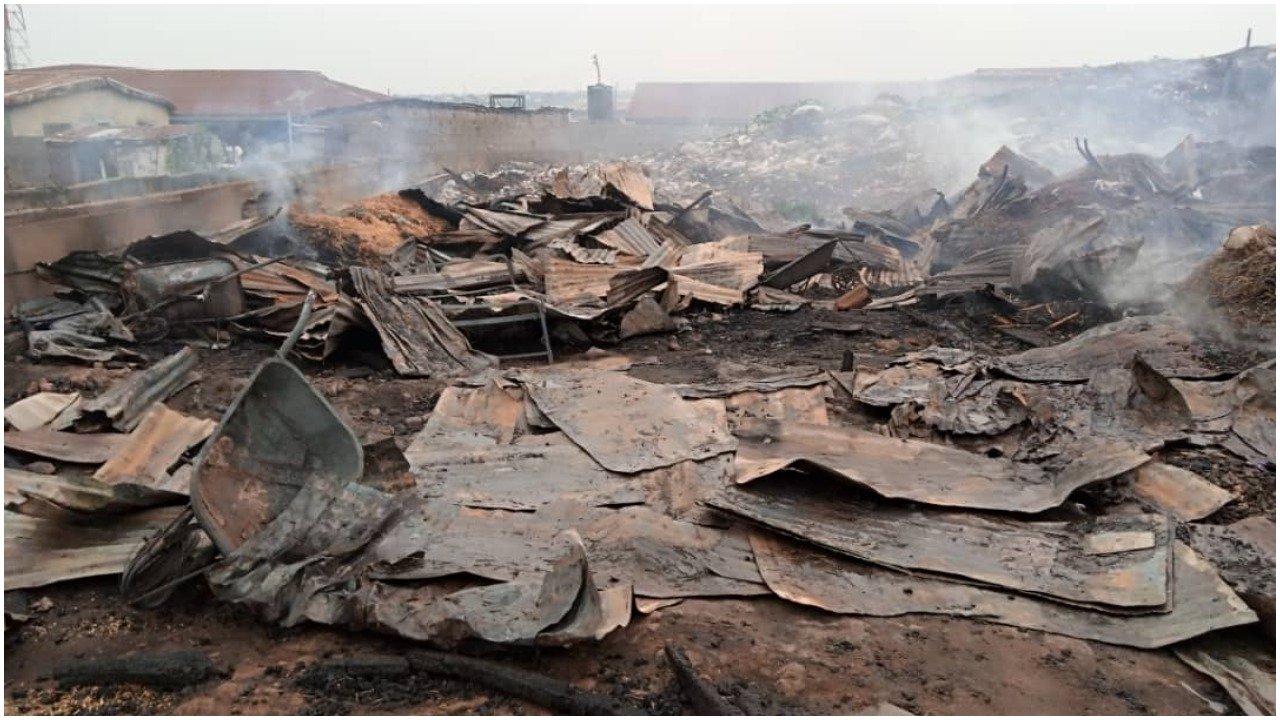 An inferno has been reported at the popular Ipata market in Ilorin, Kwara State.

Confirming the incident in a statement made available to newsmen on Friday, the spokesman of the state fire service, Hassan Hakeem Adekunle, said the incident occurred at about 22.31hours on Thursday night.

According to Adekunle, at least 15 cattle, 15 sheep, 15 rams and over 25 goats were burnt to ashes in the fire disaster.

The statement further said three shops and a big shed constructed with planks for goat sellers was destroyed by the fire incident which was put off by firefighters.

Naija News learnt that the fire incident emanated from burning refuse and spread to a nearby ranch where some animals were kept.

However, over 470 shops were saved from the ravaging fire by firefighters, Adekunle noted in the statement.

This is coming three months after a gas explosion rocked Bovas filling station in the Offa Garage area of Ilorin, the Kwara State capital.
Naija News reports that the several people were critically injured while trying to scamper for safety in order to escape from the explosion.