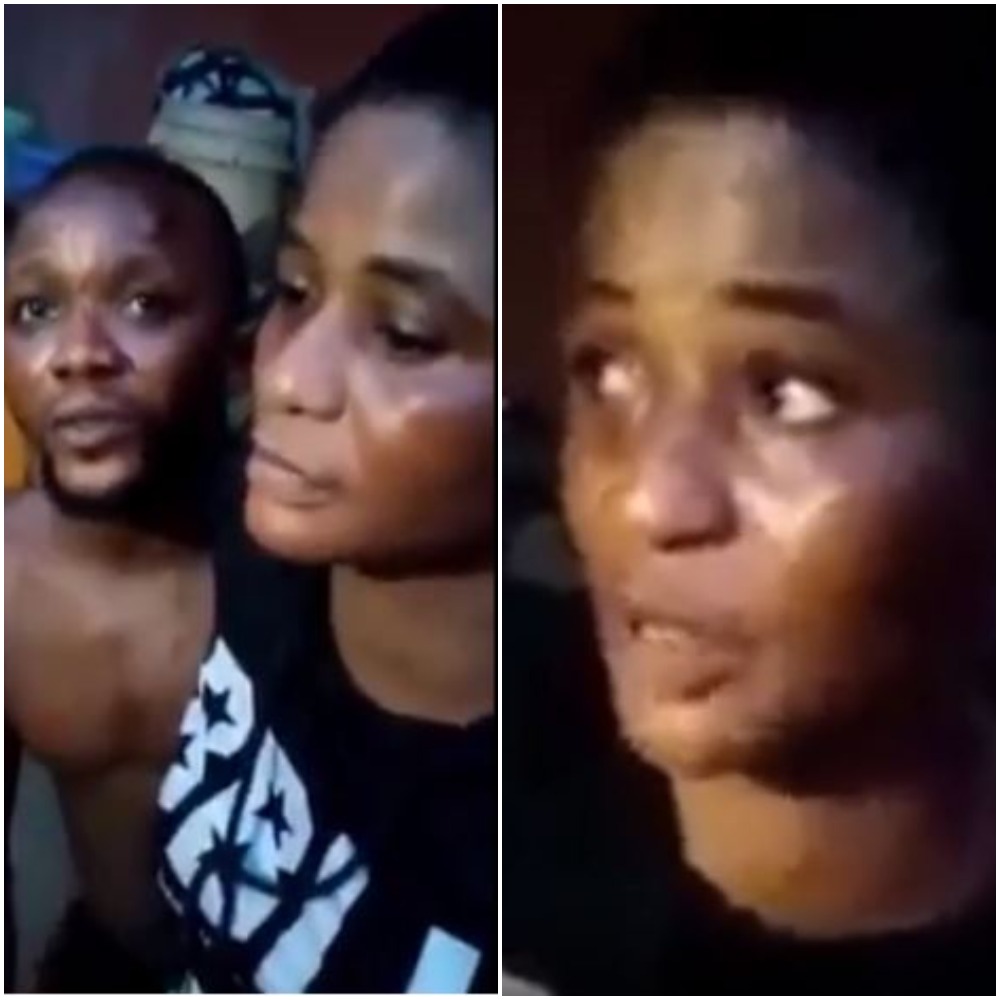 A Nigerian woman identified as mama Purity has been caught sleeping with her married neighbour, revealing why she had engaged in the illicit affair even though she’s currently living with a man.

In the video shared on social media, the woman who was questioned by those who caught them in the act revealed thar ;“her married neighbor’s own was sweeter than that of her husband”. She also disclosed that she helps the man do some house chores while giving her money in return.

The neighbor, who identifies as Papa Basiru, also admitted to sleeping with the woman. He, however, said, during questioning that he knows the woman is married and his wife’s own is sweeter than that of the woman he was caught with.

@peksikeji wrote; ‘The questions tho. Like say them be 15 years old. Let me mind my business.’

@thepresidentialchef wrote; ‘What is their business…. as long as it’s not the husband of wife or either of them asking any questions…. it’s nobody’s bizness but hey we in Nigeria.’

@prettymeme_j wrote; ‘I dont understand..do they interview men who cheat or who are caught cheating.’

@debbyme_28 wrote; ‘Are people mad in this country…two adults….what business do you have videoing them..,this can only be done by a jobless man ..shiooorrr.. Mr fool videoing and asking questions. As if the mumu videoing is a saint..’

@gabbysho24 wrote;’They must be mad dropping questions. They have no right to put them in that position. It’s a family affair since they are all not legally married by Law. No court case also…’

@destinychild001 wrote; ‘Those guys drilling and asking them questions are perverts!! What kind of useless questions are they asking them and worse still, they forced them to kiss. 😠 They should be arrested for assault and dehumanizing their victims. Rubbish!!’

@pbellebeautyng wrote; ‘This is so wrong ! They are adults’ .

@agu_dioku wrote; ‘Nothing we no go see for this UAR of a country’

@wyteflame wrote; ‘So this is enough reasons to beat and inflict injuries?’