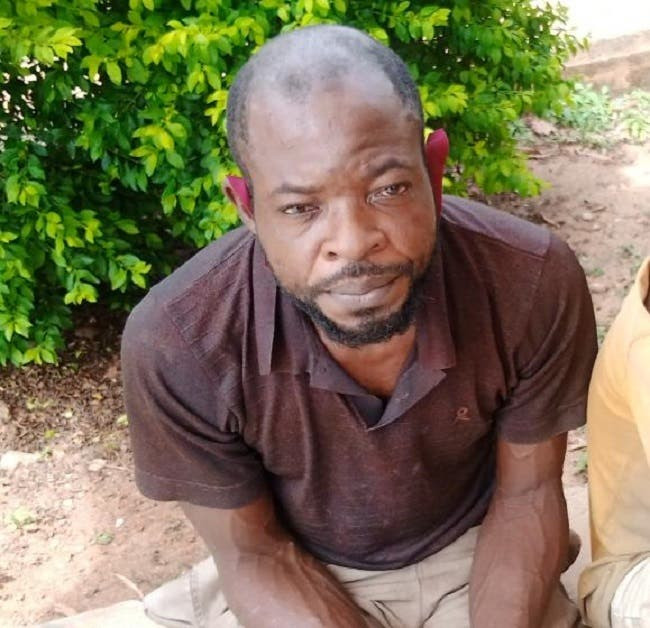 One Kelvin Abugu has been apprehended for allegedly raping a minor in a community in Ondo State.

The State Police Command confirmed in a statement on Wednesday, June 2 that it arrested the suspect after receiving a complaint from the victim’s mother that the 35-year-old sexually violated her 9-year-old daughter.

Naija News understands that the incident happened in Uso, in the Owo Local Government Area of the state. It was alleged that the 35-year-old farmer had inserted his hand into the minor’s private part before using his manhood on her.

Confirming the incident to newsmen while parading the suspect, the state Commissioner of Police, Bolaji Salami, said the mother of the victim reported the case to the police after she found her bleeding from her private part.

He said: “On May 2, 2021, at about 14:20hrs, Agnes Emmanuel reported to the Police that she saw her daughter passing out blood from her private part and when asked, she said it was one Kelvin Abugu who inserted his hand and later his penis into her private part. He was immediately arrested and has confessed to the offence and the case is ready for prosecution.”

Abugu is said to have confessed to the crime during interrogation and blamed his action on the devil.

According to him, he lured the young girl into his room under the pretext of watching Television with him and closed the door immediately she came in. Abugu, who said he has no girlfriend or relationship, explained that he could not penetrate the girl and had to use his finger to defile her before penetrating.

“I don’t know what came on me, I pounced on the little girl and defiled her before I knew what was happening,” he said.

Meanwhile, a Nigerian lady identified as Blessing has been found dead with her nipples and the private part removed in her room at Mosogar, Ethiope West LGA of Delta State.
The deceased, 29, who works at a popular hotel in the community, brought a man home on Saturday night when her neighbours last saw her, Naija News reports.