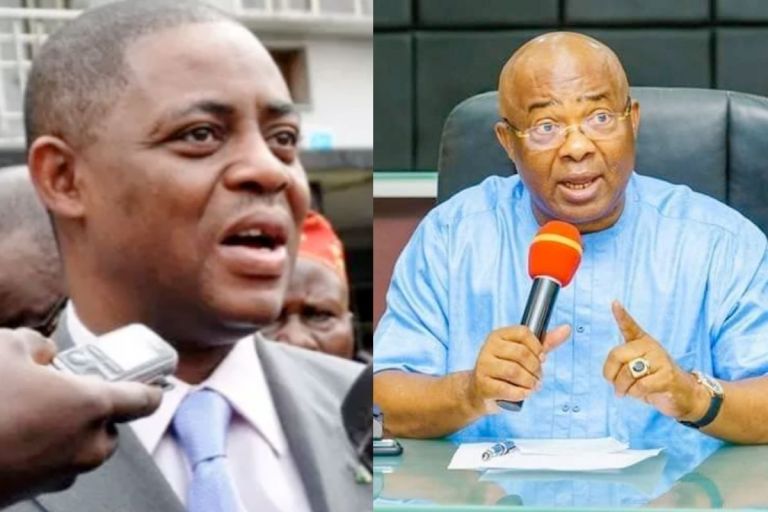 Naija News had earlier reported that Fani-Kayode had in a post on Twitter on Wednesday morning stated that members of IPOB did not kill Gulak.

The PDP chieftain had stated that: “Why did the Gov. of Imo not provide security for Gulak? Why was Gulak dressed in jeans & a baseball cap as if he was in disguise?

“I have known Gulak for 15 years & I never saw him in jeans & a baseball cap. Why did he sneak out of the hotel in a car hire without any security?

“Who were the men in the car with him and who was the driver? How come we have not heard from them?

“Why did the Gov. not supply Gulak with a car to drop him at the airport? Is it true that they fell out badly over some unresolved issues?”

Reacting in a sttaement, Uzodinma had described the former Minister’s questions as unfortunate.

He accused the former Aviation minister of trying to make gains out of the unfortunate incident and questioned the character of the PDP stalwart.

But in a post on his Twitter page, Fani-Kayode wondered why the Imo governor refused to answer question he asked related to Gulak’s murder.

He also stated that the questions he asked the governor on his social media pages had rattled Uzodinma.

Fani-Kayode wondered why the APC governor is badly shaken by his questions if he has no skeleton in his cupboard.

He wrote: “Instead of attacking me why doesn’t Governor Hope Uzodinmma and the Imo State Government simply answer the questions that I raised?

“It appears that I have rattled their cage. If you have no skeleton in your cupboard why are you so badly shaken by my innocent questions?”