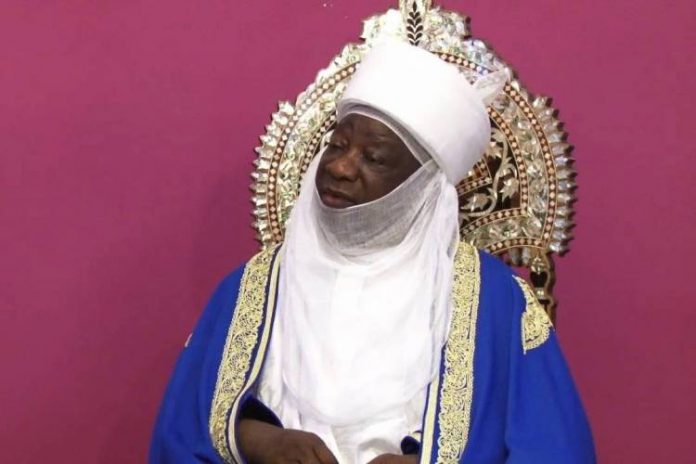 The Emir of Ilorin and Chairman, Kwara Council of Chiefs, Alhaji Sulu Gambari, has called on the Nigerian government to allow officials of the Federal Road Safety Corps (FRSC) to carry firearms.

The renowned Emir who spoke while receiving the new Zonal Commanding Officer, FRSC Zone RS8 Command, Assistant Corps Marshal Clement Oladele in Ilorin on Thursday, said this was to enable them to defend themselves against criminal elements when on duty.

The FRSC Zone RS8 command is understood to comprise of Kwara, Kogi and Ekiti states.

Naija News understands that Gambari applauded the swift response and professionalism displayed by FRSC officials in their daily activities.

The Emir said that in the course of interacting with the officials, he realised they dealt with friendly and harmful motorists with the latter exposing them to danger. He expressed the need for the Federal Government to arm the corps on patrol to ensure they were well protected.

The Emir reiterates the need for the provision of firearms to the commission, noting that it was necessary especially with the high rate of insecurity in some parts of the county.

Earlier, Oladele had commended the traditional ruler for his support for highway safety in the country, while soliciting his blessing and support to make highways safer in the zone. Naija News understands that Oladele before his new appointment was the Commandant of the FRSC Academy in Enugu State.

In another news, Naija News reports that there was palpable tension at the Seme border in Lagos State after a soldier shot dead a customs officer on duty.

It was gathered that the sad incident happened on Wednesday night at the border with Cotonou, capital of Benin Republic.