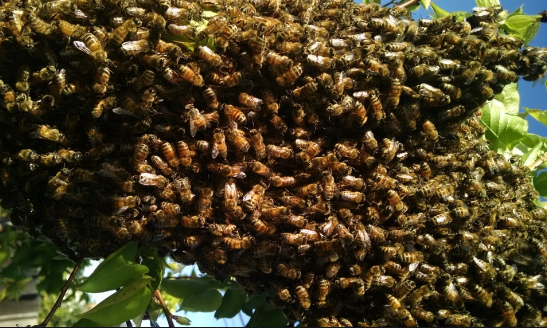 An Egyptian father has invited bees to sting his seven-year-old child after he was accused of theft.

It was revealed that the cruel father tied his child to a pole and covered him in honey to attract bees. Naija News learnt that the man applied the punishment on the child after a neighbour reported that Muhammad D (his son) stole from him.

The 34-year-old dad whose name is not mentioned in the report reportedly placed his son on the roof of their house.

It is unclear how long the boy was left on the roof but swarms of bees and mosquitoes gathered on the boy’s body while he was there and, as his hands were tied behind him, he couldn’t swat the insects away. 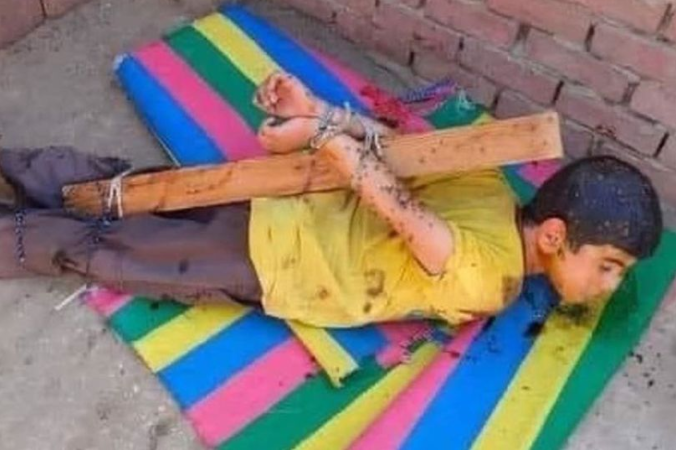 Naija News understands that the man was later arrested by authorities after the boy’s mum, 29, became horrified when she saw her son’s punishment.

She reportedly sought help from a child rescue group sharing pictures of the disturbing scene on her phone as evidence against her husband. Reports revealed that the man has been arrested following the incident at a village in the region of Shebin El Qanater on Tuesday, May 25.

The boy’s mum, who is reportedly now staying in a different village, also claimed the man beats her and looks for new ways to torture their child. Prosecutors from the Egyptian governorate of Qalyubia have opened an investigation.

Meanwhile, one Kelvin Abugu has been apprehended for allegedly raping a minor in a community in Ondo State.

The State Police Command confirmed in a statement on Wednesday, June 2 that it arrested the suspect after receiving a complaint from the victim’s mother that the 35-year-old sexually violated her 9-year-old daughter.

Naija News reports that the incident happened in Uso, in the Owo Local Government Area of the state. It was alleged that the 35-year-old farmer had inserted his hand into the minor’s private part before using his manhood on her.