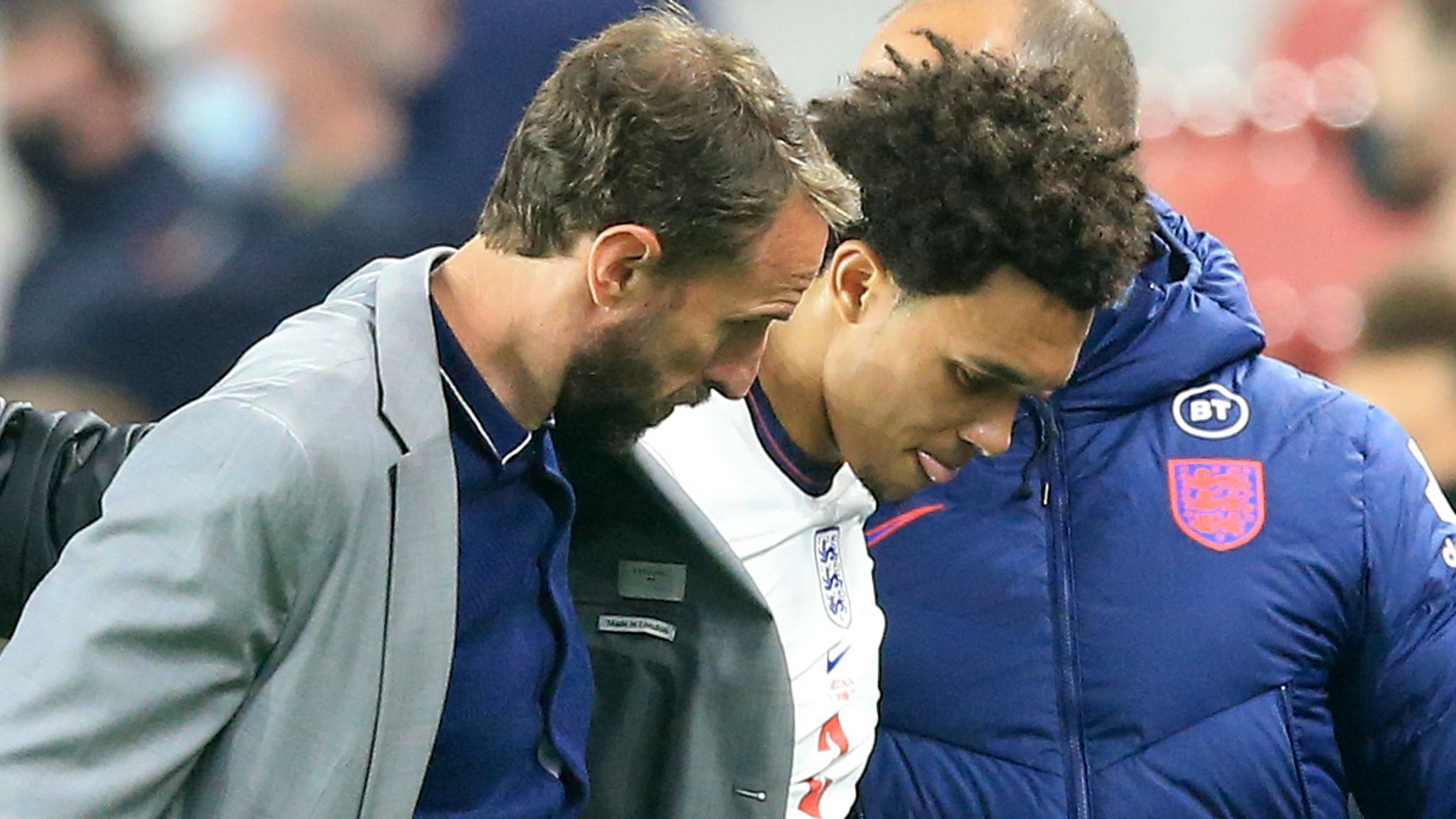 Liverpool right-back, Trent Alexander-Arnold on Wednesday limped off while playing for England in their match against Austria.

Naija News reports that Arsenal left-back, Bukayo Saka netted a 56 minutes goal for England to defeat their guest, Austria on Wednesday evening in their first European championship warm-up match at the Riverside Stadium.

Speaking ITV Sport after the match, Southgate said: “We are going to have a little look.

“It is obviously not good to see him having to come off in the way he did, but we will have to assess him over the next 24 hours.

“I think (it’s his) thigh, but the medical team is still assessing it.”

Meanwhile, Belgian professional footballer who plays as a striker for Inter Milan, Romelu Lukaku, has confirmed he is staying with the club.
The 28-year-old player quashed news making the rounds about his possible return to English Premier League club, Chelsea, Naija News reports.