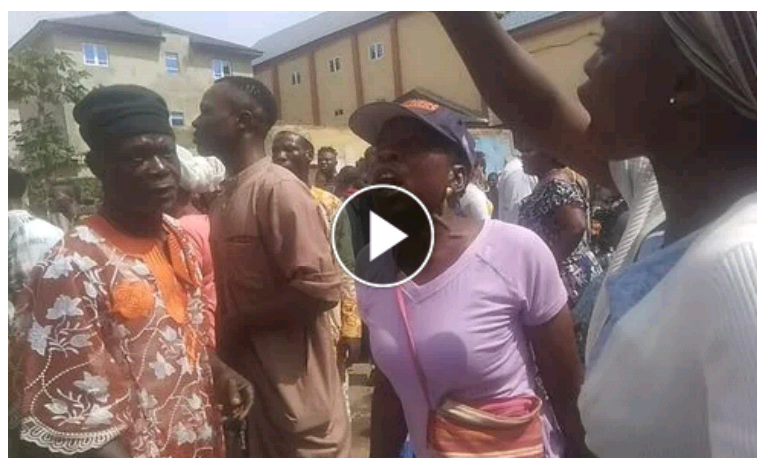 A task force operation in Ondo State has led to the death of three women who are fish sellers at the popular Oja Oba market.

It was gathered that a dilapidated building collapsed on the women while hiding away from officials of the task force who came demanding them to pay their association money.

Naija News learnt that the incident has caused chaos at the Arakale area of Akure as other fish sellers trooped out to protest the death of their fellow market women. The workers hired to pull down the building were reportedly at site working when the somen sneaked into the building.

Unfortunately, the dilapidated structure collapsed on them while hiding from men of the Fish Sellers Association of Nigeria in the area.

One of the victims identified as Dorcas Ajayi was said to have been hiding her wares from the Union task force because she owed the sum of N1000. Her husband, Mr Ajayi while speaking about the incident said his wife’s goods would have been seized which made her hide with her colleagues inside the building.

Mr Ajayi told reporters that he was working on his farm when he received a distress call that something happened to his wife. Her son, Segun, described the death as a pathetic situation. He blamed the workers carrying out the demolition of the building for the death of his mother.

However, the death of the women made other fish sellers to lead a protest to the Ondo Governor’s office.

The protesters demanded immediate disbandment of the Fish Sellers Association for inflicting hardship on them instead of solving their problems. They claimed that the deceased was barred from buying her fish from any cold room in Akure because she was yet to pay her the balance N1000 fee for purchase of registration form.

Governor Oluwarotimi Akeredolu who addressed the protesters through his Senior Special Assistant on Security Matters, Alhaji Jimoh Dojumo, said the state government would investigate the incident. Naija News learnt that governor Akeredolu has ordered for suspension of all activities of the Fish sellers union in the state.