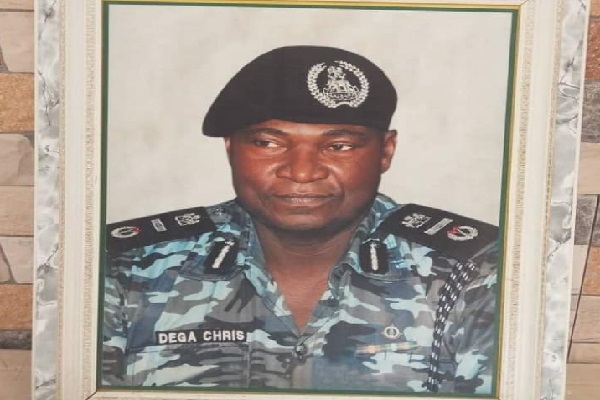 The Plateau State Command of the Nigeria Police has confirmed the killing of the Senior Special Assistant to Benue State Governor, Samuel Ortom on Security, AIG Christopher Dega (Rtd).

It will be recalled Naija News earlier reported the Governor’s aide was shot in the chest multiple times by gunmen on Tuesday in Jos, the Plateau State capital.

Confirming the development, the Plateau State Police spokesperson, Ubah Ogaba, in a statement on Wednesday said the gunmen killed Dega in an isolated restaurant in Bukuru, Jos.

He added that some suspects have already been arrested in connection with the murder while further investigation is ongoing.

The statement reads: “The Plateau State Police Command on a sad note received an ugly report of the death of AIG Christopher Dega (Rtd).

“On 31/05/2021 at about 2030hrs, AIG Christopher Dega (Rtd) was shot dead by three yet to be identified gunmen in an isolated restaurant at Bukuru, Jos.

“From the investigation so far, it appeared that he was trailed and shot.

“He arrived at Jos from Makurdi on the same date at about 1930hrs.

“Some suspects have been arrested. Meanwhile, the investigation is ongoing.”

Meanwhile, Nigerian security agencies are set to launch a “major offensive” against members of the Indigenous People of Biafra (IPOB) in the South East.

Naija News understands that President Muhammadu Buhari has given the security agencies the marching order to curtail the attacks on government facilities and the killing of police officers in the region and parts of South-South.

It was also learned that three Deputy Commissioners of Police and Squadrons of Anti-riot Police have been deployed to the region ahead of the operation and police operations have also been rejigged in the South East.

According to multiple security sources, the President has given the security agencies the order to stop the attacks on offices of the Independent National Electoral Commission (INEC), police stations, prisons, and military checkpoints.