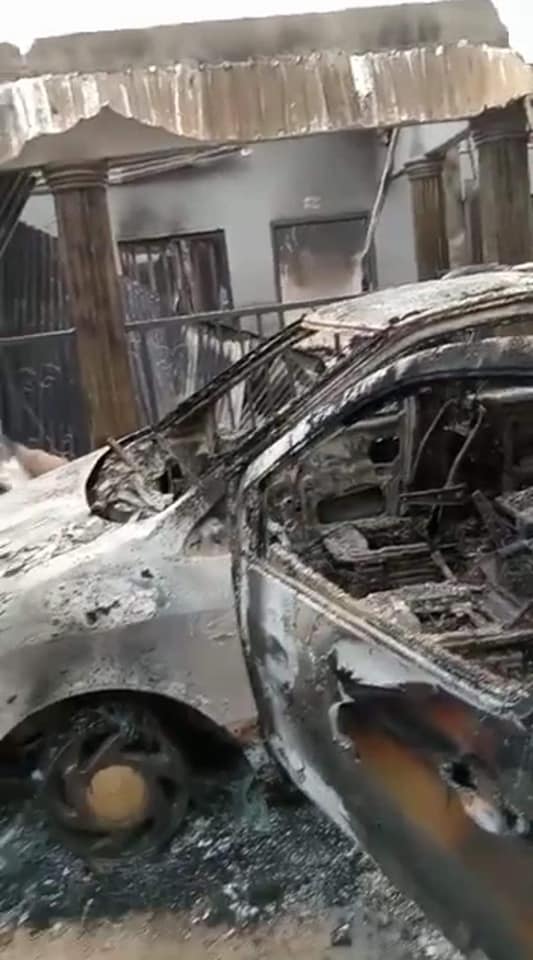 A youth leader of the Peoples Democratic Party (PDP) in Imo State, Kenneth Amukamara has been killed by unidentified gunmen.

Amukamara, the PDP youth leader in Oru-East local government area of Imo was assassinated by the gunmen on Monday night in Umuokwe village.

They also burnt down his house and car during the attack, Naija News gathered.

“He was assassinated Monday night at his home in Awo-Omamma by assailants and his house with his brother said to have been set ablaze. Sketchy information available say about two other members of his family were also killed.”

Below are some pictures from the scene. 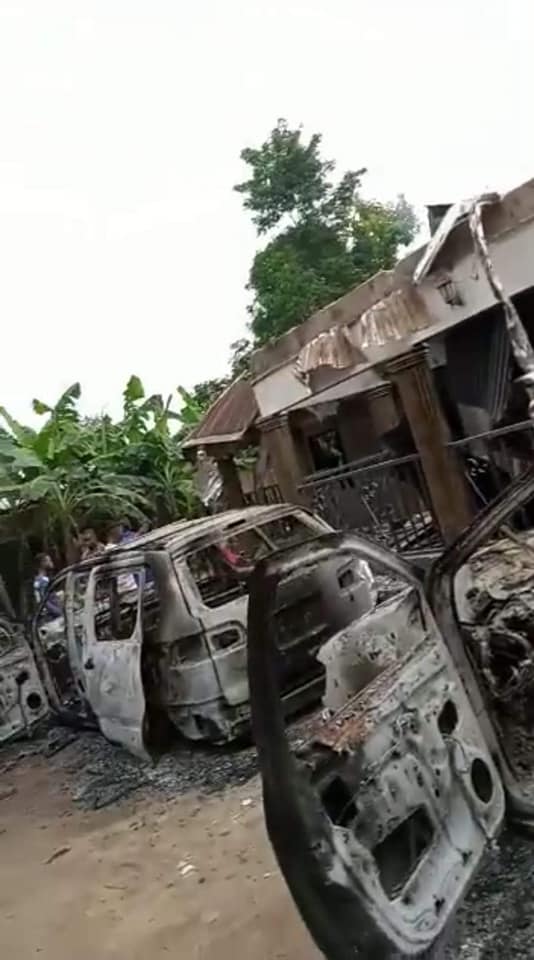 Speaking to journalists in Ibadan on Tuesday, Commandant of Amotekun Corps in the state, Col. Olayinka Olayanju (retd), said the 40-year-old man was caught with fresh hands of some persons and other body parts.

Olayanju said Abdul-Rasheed belonged to a gang involved in getting fresh human parts for some people and at the same time exhuming dead bodies of people that they knew their names and parents’ names before their demise.

The commandant noted that the suspect was investigated for some months before he was nabbed.

He added that calls have been coming in and individuals have been pressing for his release.”

The commandant, however, disclosed that items recovered from the suspect include guns, charms, decaying body parts, a motorcycle, and a car.