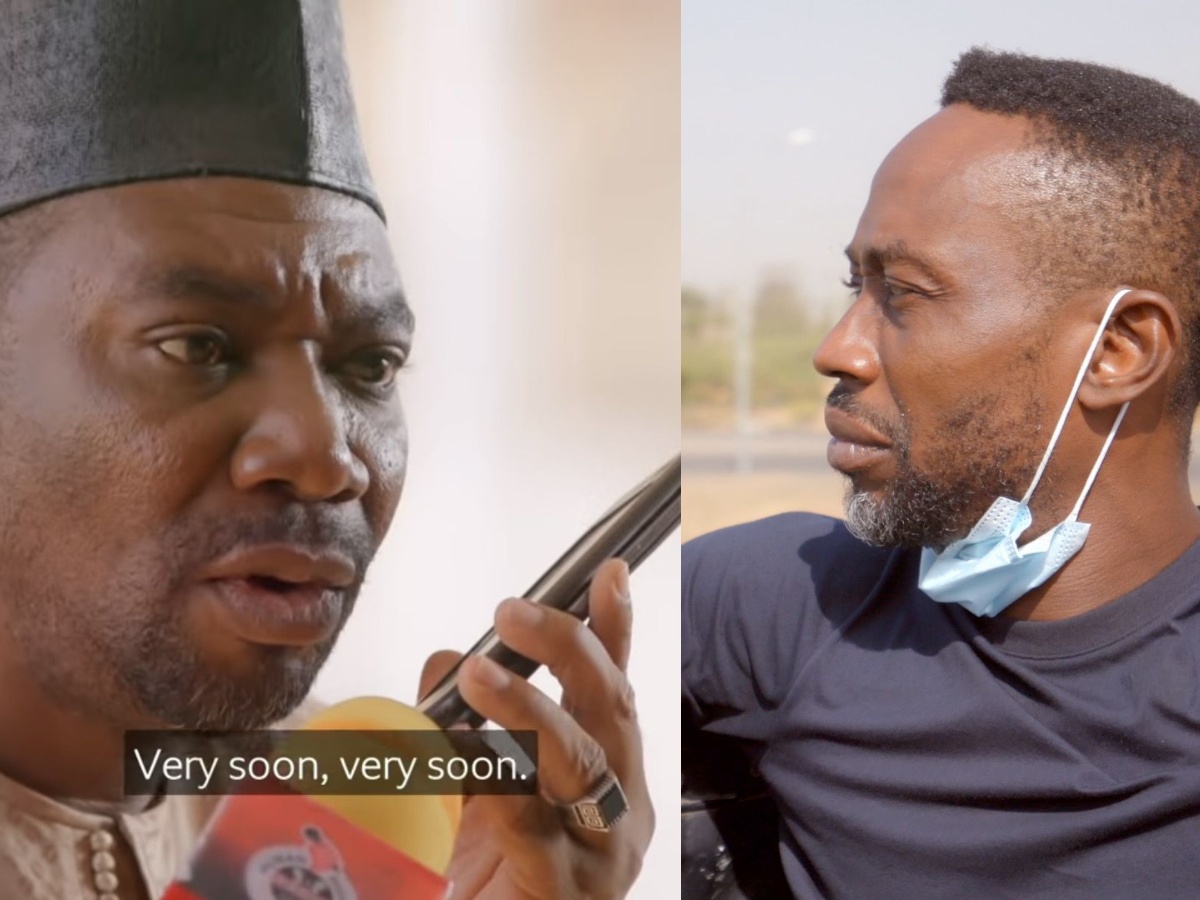 The Nigeria Police Force has been alerted of threat to life on BBC African Eye reporter by supporters of Ahmed Isah, the founder and host of popular radio and tv programme, Berekete Family.

Naija News recalls that Isah alias Ordinary President has lost the licence to his broadcasting station following a viral documentary covered by BBC Africa Eye which showed the activist slapping a lady accused of setting her brother’s daughter on fire over an allegation that she is a witch.

Though Isah had in a social media post apologized for slapping the woman who assaulted the 6-year-old child, revealing he reacted as a father. He was subsequently invited to the Federal Capital Territory (FCT) Police Command where he was detained.

However, days later, Peter Nkanga who is behind the story that landed Isah in his current state, has written the Nigeria Police Force, alerting the security agency of a threat to his life by lovers of the Brekete Family programme host.

According to Nkanga, he has been receiving death threats since the release of his BBC documentary showing Isah assault an interviewee. He alleged that supporters of Isah, popularly known as ‘Ordinary President’ released his phone numbers on social media and have been bombarding him with death threats, saying they will stone him to death.

Nkanga, therefore, called on the police to invite Isah to sign an undertaking that his life is safe. Naija News understands that the BBC Africa Eye journalist made this known in a letter addressed to Force Public Relations Officer, Frank Mba, on Wednesday.

The letter read, “Dear Mr. Mba, I am reaching out to you because I don’t feel safe. What is worrying me and really affecting my family is that for over a week, the Police are yet to act on the clear threats to my personal safety.

“On Tuesday, 25 May 2021, the British Broadcasting Corporation submitted an official letter with corroborating evidence to the Inspector-General of Police regarding harassment, cyber-bullying and threat to my life and others.

“It is over a week now, and I am following up to know the status of the letter and the actions that the Police have taken, most particularly for Ahmad Isah of the Human Rights Radio 101.1Fm to be invited to sign an undertaking that no harm will befall me, my family and BBC crew. This is because the harassment and threats were occasioned by our phone numbers released on his Live programme to the public.

“I am reaching out to you Mr Mba because I don’t feel safe. Truth be told, I won’t feel safe until Ahmad signs this undertaking for at least two reasons:

“Because Ahmad is someone with power & influence who boldly lied on his Live show when he told his followers and the whole world that I and the BBC plotted to kill him. This was a premeditated lie with malicious intentions.

“Because Ahmad, in at least one similar instance that I know, got his mob to harass and threaten a station manager at LoveFM some years back. I spoke to the station manager who had to insist that the Police get Ahmad to sign an undertaking. The importance of getting this undertaking for my safety must be emphasised.

“Family, friends and associates, at home and abroad, feel the same way. We are calling on the Police to intervene to nip the threat to my life and ensure the safety of me, my family and the BBC crew by getting Ahmad to sign an undertaking.”

When contacted, FPRO Mba told The PUNCH to send a text message to his line but Mba was yet to reply to the SMS sent by our correspondent as of the time of filing this report.