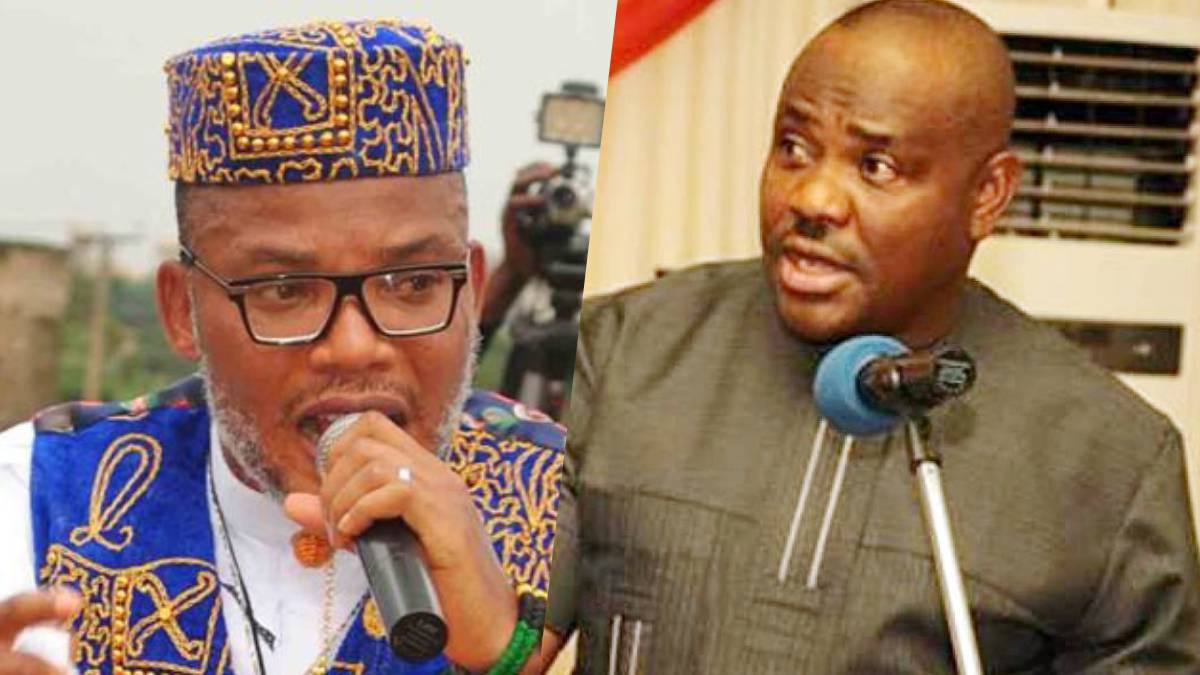 Governor Nyesom Wike of Rivers State has maintained that it is impossible for the leader of the Indigenous People of Biafra (IPOB), Nnamdi Kanu, to issue a sit-at-home order to the people of Rivers State.

Naija News reports that the Rivers Governor stated this while speaking on Channels Television’s Politics Today on Monday.

Recall that Nnamdi Kanu through the spokesperson of IPOB, Emma Powerful, had said human and vehicular movements would be restricted across the South-East on Monday to mark the 54th anniversary of Biafra.

The order which was largely successful saw a total shutdown in Anambra, Imo and other south-eastern states.

Speaking, Wike insisted that Rivers is a South-South state and not one of the South-Eastern states.

According to the governor, he is not against the activities of the pro-Biafra group in the eastern part of the country.

“Rivers State is not part of South-East. Rivers State is South-South, we are in the Niger Delta. I am not saying whether the people in the South-East should not obey what IPOB has said or not. But they cannot give order to Rivers people to sit at home.”