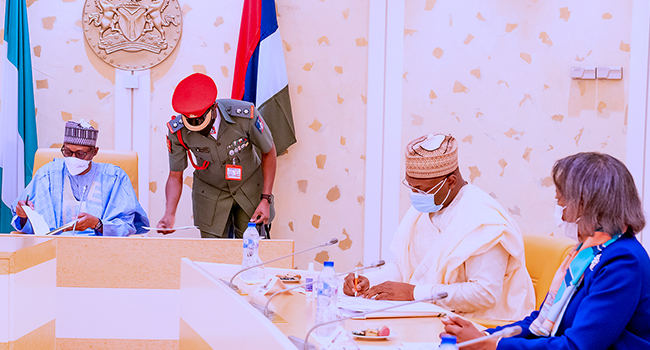 President Muhammadu Buhari, today, received in person the presence of the Chairman and Members of the Independent National Electoral Commission (INEC) at the statehouse.

Naija News understands that INEC chairman, Prof. Mahmood Yakubu, was joined by five commissioners of the commission at the meeting held at the First Lady’s conference room at the State House in Abuja.

Though the agenda and details of the meeting are yet to be disclosed, it could, however, be connected to the recent attacks on INEC facilities across the country.

Recall that Professor Yakubu in May lamented that the commission’s facilities have witnessed at least 41 attacks within the last two years.

However, in the last four weeks, 11 offices of the commission have been either set ablaze or vandalized, according to the INEC chief.

On Monday, the election agency vowed to conduct the Anambra governorship election, which is scheduled to hold on November 6, despite increasing levels of insecurity across the country.

See more photos from the briefing below: 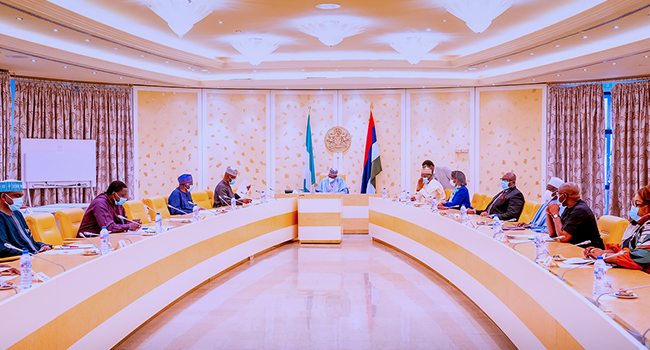 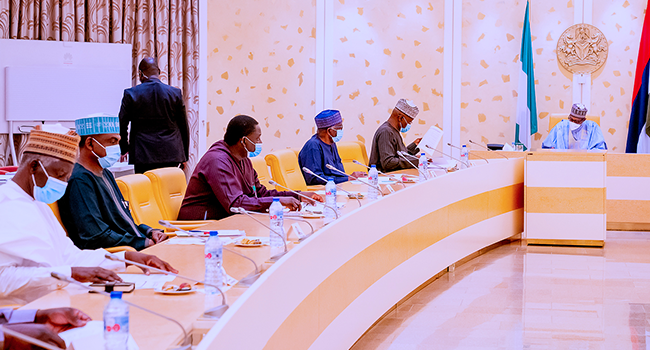 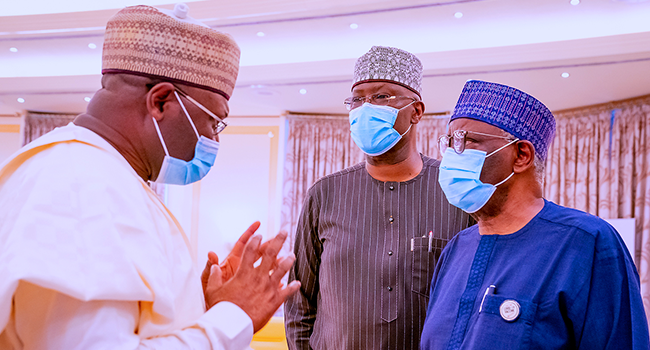 Meanwhile, the Buhari Media Organisation (BMO) has alleged that a former President is spearheading a group of eminent Nigerians planning to remove President Muhammadu Buhari from office.

Naija News reports that the group in a statement on Sunday said the former civilian president is working with a group of conspirators to cause confusion in Nigeria.

Although the organization didn’t reveal any particular name, it said in a statement signed by its Chairman Niyi Akinsiju and Secretary Cassidy Madueke that its security sources have uncovered an ‘uprising’ to force the resignation of President Buhari.