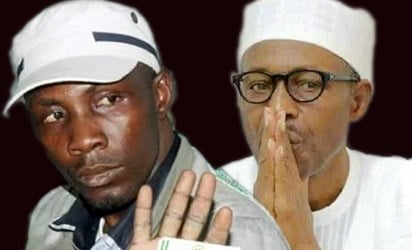 A former Niger-Delta Militants leader, High Chief Government Ekpemupolo, alias Tompolo has issued a seven-day deadline for the federal government to inaugurate the Board of the Niger Delta Development Commission (NDDC) or face damaging repercussions.

Tompolo in a statement on Sunday noted that the current scenario in which a sole administrator controls the affairs of the NDDC is no longer acceptable to the stakeholders.

He, therefore, called on President Muhammadu Buhari, members of the National Assembly and all others concerned to ensure a substantive board is set up within the given time frame or he will embark on destructive activities that will target crude oil exploration and exploitation activities in the Niger Delta region.

He explained that the running of the NDDC by a sole administrator at the instance of the Minister of Niger Delta, Senator Godswill Akpabio is unaccptable and anti-development.

He said: “I have watched and observed with keen interest, the circumstances surrounding the constitution of the NDDC board for some time now. I would have continued to keep watching and observing, but for love of the region and the country.

“The continuous running of the Niger Delta Development Commission (NDDC) by a sole administrator at the instance of the minister of Niger Delta Affairs Senator Akpabio, is undemocratic and anti-development, hence unacceptable to the people of the region.

“The people of the region are averse to a one man show in a commission that is supposed to attend to the developmental needs of nine states, namely, Abia, Akwa-Ibom, Bayelsa, Cross River, Delta, Edo, Imo, Ondo and Rivers. It will likely set the region on fire, sooner than later.

“The act establishing the commission provided among other things that it will be administered by a board comprising a Chairman, Managing Director, Executive Directors and Commissioners who will be drawn from the nine states that made up the region.

“There is no provision for either interim management committee or sole administration in the act that establishes the NDDC.

“Clearly, the present state of the commission is abnormal and could throw the relatively peaceful region in the country into chaos and acrimony”.

Tompolo also lashed out at the silence from highly placed persons in the region on the matter, adding that he as a person can no longer keep quiet on thr issue.

“There is no way things will continue in this manner. I am surprised at the recent silence of highly placed persons from the region on this matter.

“It is against this background that I wish to call on Mr President, members of the National Assembly and Security Agencies to work towards the constitution of the substantive board of the NDDC within a few days to avert a total breakdown of law and order that will equally affect crude oil exploration and exploitation activities in the region.

“I hereby proclaim a seven days ultimatum starting the date of this publication to inaugurate the substantive board of the commission,” he added.

It will be recalled that youths under the the aegis of the Ijaw Youths Council (IYC) led by Comrade Peter Igbifa had carried out series of protests last week, shutting down NDDC offices in different locations over the same issue of the non-inauguration of NDDC management board.

However, in a statement on Thursday signed by IYC Deputy President and spokesman, Saviour Olali, and Ebilade Ekerefe, the council said the protest was suspended following consultations with critical stakeholders.

The statement added that the NDDC offices locked in Bayelsa and Rivers states will be reopened to allow robust dialogue.