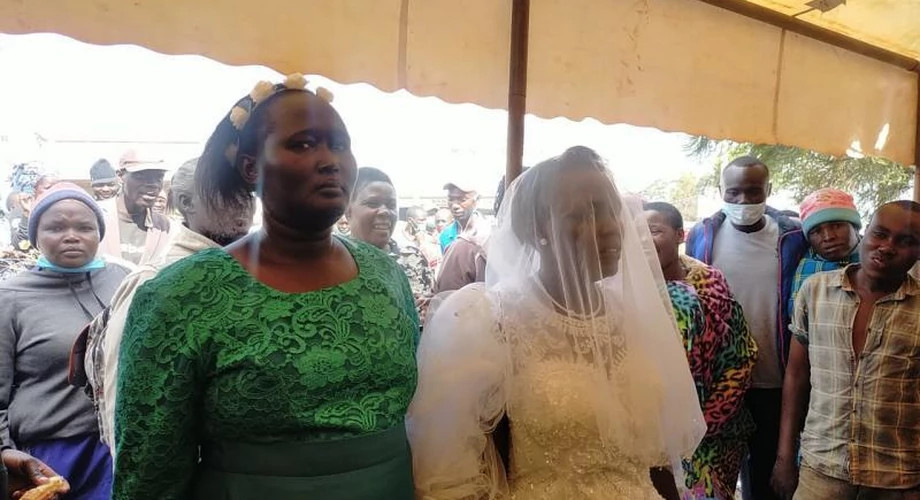 A Kenyan man has been left in a quagmire after his wife, Elizabeth Nalem, dumped him to marry ‘the holy spirit’.

Naija News understands that the strange event happened in Makutano, a town in West Pokot County. Reports had it that Nalem was joined with her newly found love, ‘the Holy Spirit’ on Tuesday, May 25, in a ceremony that received hundreds of guests at the Chelang’a Gardens.

Mr Joshua Nalem is said to have been married to Nalem for the past twenty years. He said his wife, however, returned home from church one day and started acting weird.

He said: “My wife went to church one day and when she returned she started waking up at 3 am to go and pray. I asked her why she was braving the chilly weather just to pray, but instead, she decided to move out to a neighbouring homestead.”

According to him, he made several attempts to stop her but that she was hell-bent. Joshua said his wife told him she will only return home when her ‘spirit husband’ has granted her permission.

Pastor Albert Rumaita who happens to be their neighbour reportedly foot Nalem’s wedding bills and officiated the strange union.

Naija News understands that Rumaita single-handedly purchased Nalem’s wedding gown, ensured there was a convoy of cars to escort her on the ‘big day’. 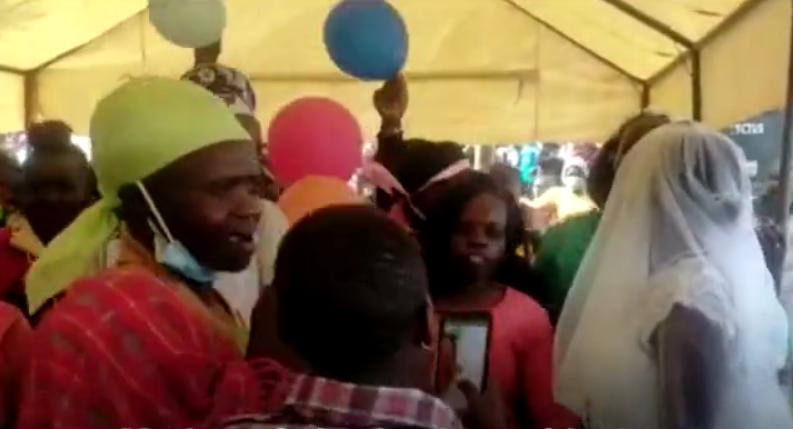 When asked why he did that, Rumaita said; “I made the decision to preside over, plan and fund the wedding because the world might just be coming to an end and because I’m her neighbour.”

Speaking after the weird wedding ceremony, Nalem said she was done with serving the world and has now made up her mind to serve God.

“Today, I am one of those who have received the word of God. I have faced difficulties, and it made me look for God,” she said. 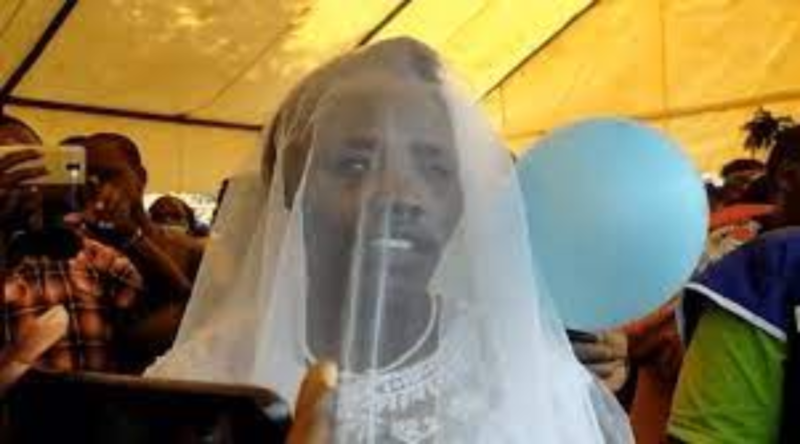 She added: “God has shown me signs to travel to the United States when am done with Uganda. He told me to travel the world but I told him I won’t be able and requested him to recruit other members to help me in spreading the gospel.”

A distraught Joshua however disclosed that he paid twenty-two (22) cattle and 15 goats for Elizabeth’s hand in marriage. Their firstborn, he says, just completed Form Four the other day.

Answering a question on whether he will continue living with his ‘estranged’ wife, Mr Joshua said he was kept in the dark during the whole process. Although he says that he still loves Elizabeth, Joshua insists that he does not know the next course of action.

After shocking the country by abandoning her family in West Pokot to marry the Holy Spirit, Elizabeth Nalem now says she is headed for her honeymoon in Uganda.