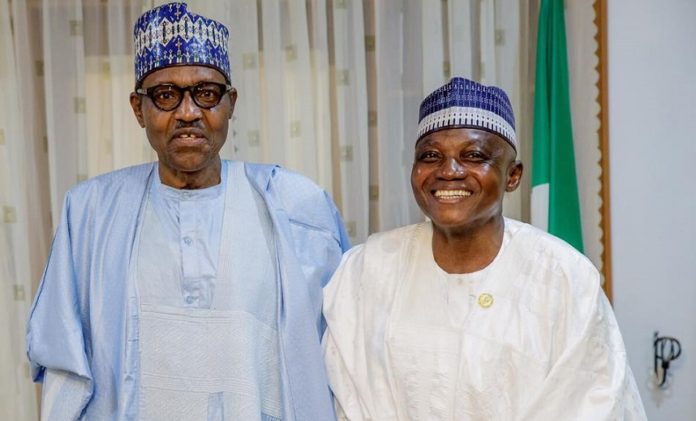 The presidency has declared that the administration of President Muhammadu Buhari is not the first and would not be the last to be accused by Nigerians of favouritism and nepotism.

According to the presidential media aide, Nigerians have the habit of accusing all past governments of the same offence when it comes to making appointments and are not about to stop with the current administration.

The interviewer had quoted a 2019 statement by President Buhari in which he said “True Federalism is the way to go.’

He thereafter questioned the media aide on the belief by some Nigerians that President Buhari is making lopsided appointments by focusing on particular tribes and regions and neglecting other regions in the country.

In his response, Shehu said: “Let me tell you, this is an old story, wasn’t Obasanjo accused of it, didn’t they accused late Umaru Yardua and Jonathan? look Nigerians will accuse every government that comes to power of nepotism.

“In fact, so long as they were not appointed themselves as individuals, they will be crying ethnicity and religion.”

He however added that President Buhari is aware of his responsibilities as the leader of Nigeria and would discharge same according to the provisions of the constitution.

“President Buhari is conscious of his responsibility to the constitution and the entire nation. when the numbers are published fully critics will be embarrassed to know that their states are the biggest beneficiaries of the appointment that the president has made so far.”

“True federalism is on the way, constitution amendment is going on and the national assembly is keeping leadership on the matter, we will get there,” Garba Shehu said.

In a related development, Naija News earlier reported that Shehu, on Sunday disclosed that the South-West region is the safest part of Nigeria.

The presidential media aide further stated that the country is now safer than when the current administration took over power in 2015.