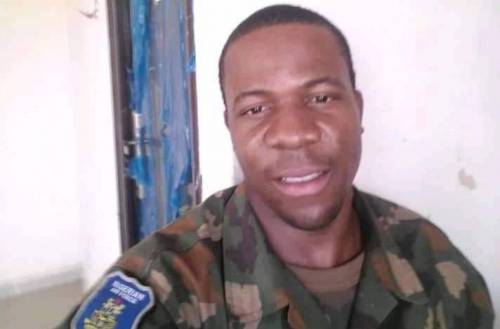 According to SaharaReporters, the military officers is from the Obizi community, Ezinihitte, Mbaise in Imo State.

Emereuwa was killed by unknown gunmen, suspected to be members of the Eastern Security Network (ESN) and the Indigenous People of Biafra (IPOB).

Meanwhile,  Governor David Umahi of Ebonyi State has mocked the leader of the Indigenous People of Biafra (IPOB), Nnamdi Kanu, over the sit-at-home order declared by the proscribed group.

In a live broadcast to commemorate his six years in office at the old Government House, Abakaliki, on Saturday, Umahi described the directive of IPOB as an act of foolishness.

He asserted that freedom fighters should not be outside the country and vomiting rubbish, advising Kanu to come to Nigeria and dialogue with the governors.