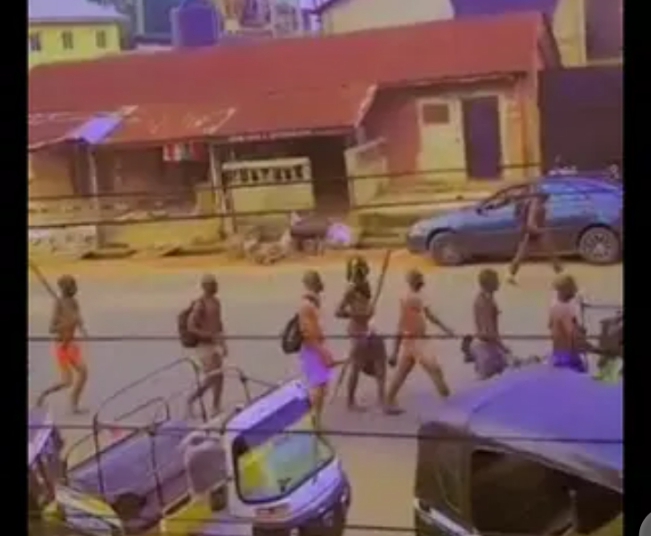 Gunmen suspected to be members of the Indigenous People of Biafra, on Saturday attacked the Criminal Investigation Department located at Umuagu, Umuahia in Abia State.

It was reported that the gunmen were about fifty in number and were half-naked.

Some of the armed men were seen hanging live cock around their neck while many of them are armed with AK47 rifles.

The CID building was attacked by the gunmen who thereafter set it ablaze.

A security source that spoke on the development said a combined team of the military and Police engaged the hoodlums afterwards.

The source further stated that stray bullets led to the death of some people in the process of a gun battle between them.

At the time of filing this report, military officers have taken over Umuahia.