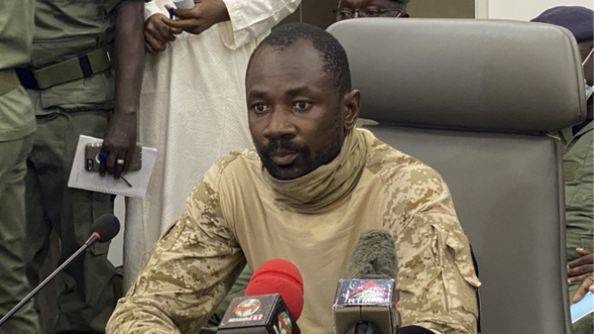 Mali military coup leader, Colonel Assimi Goïta, has been installed as the transitional president by a constitutional court.

The court explained that its decision followed the “vacancy in the presidency”.

Goïta had declared himself interim president on Wednesday, two days after seizing power, the second time.

Recall that Interim President, Bah Ndaw and Prime Minister, Moctar Ouane were detained on Monday by army officers who were disgruntled by a government reshuffle.

The two were held at the Kati military camp around 15 kilometres (nine miles) from Bamako.

The interim president and the prime minister were installed in September under the threat of regional sanctions, with the declared aim of restoring full civilian rule within 18 months

On Wednesday, the interim leaders resigned in the presence of mediators visiting the military base.

Goita, the former interim Vice President, said they were removed for violating the transition charter.

“We had to choose between disorder and cohesion within the defence and security forces, and we chose cohesion”, he defended his actions on Friday.