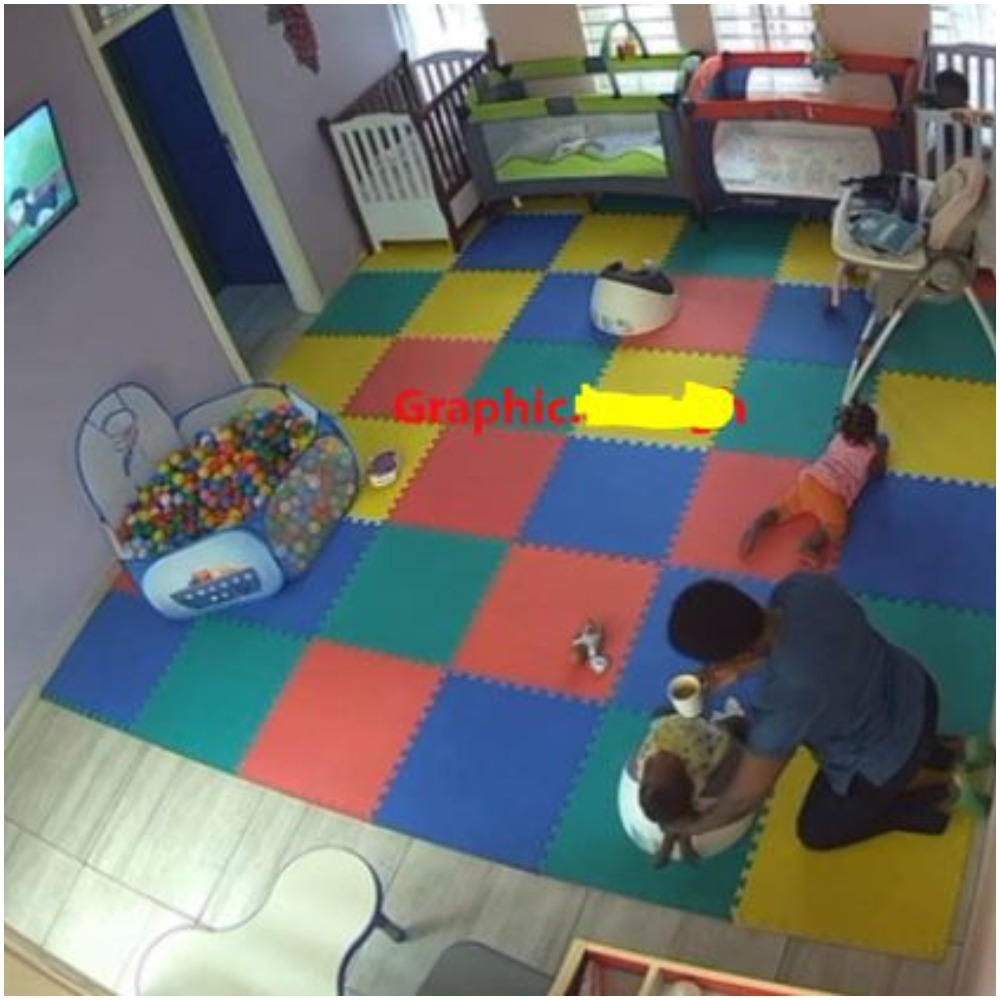 The police have nabbed a caregiver at a crèche in Accra, Ghana, who vented her anger on an 11-month-old baby girl, killing her while feeding the baby.

The caregiver, Clara Ayani-Ampah, 54, was arrested after a closed-circuit television (CCTV) camera installed in the room exposed the dastardly act, following a complaint the baby girl’s parents lodged over the death of the child.

Little Allegra Yaba Ackah Mensah was declared dead at the North Legon Hospital, where managers of the creche rushed her.

The CCTV video showed the victim in a classroom with two other babies.

In the video, Clara was seen leaving the classroom, returning shortly with a cup, and cleaning the tissue floor.

She was later seen trying to force porridge in a cup into the victim’s mouth, while holding the baby’s hands tightly behind her.

Clara was also seen pushing the baby’s head into the cup in an attempt to get the little girl to drink the porridge, while the helpless baby, who appeared to be suffocating, screamed and threw her legs into the air ferociously.