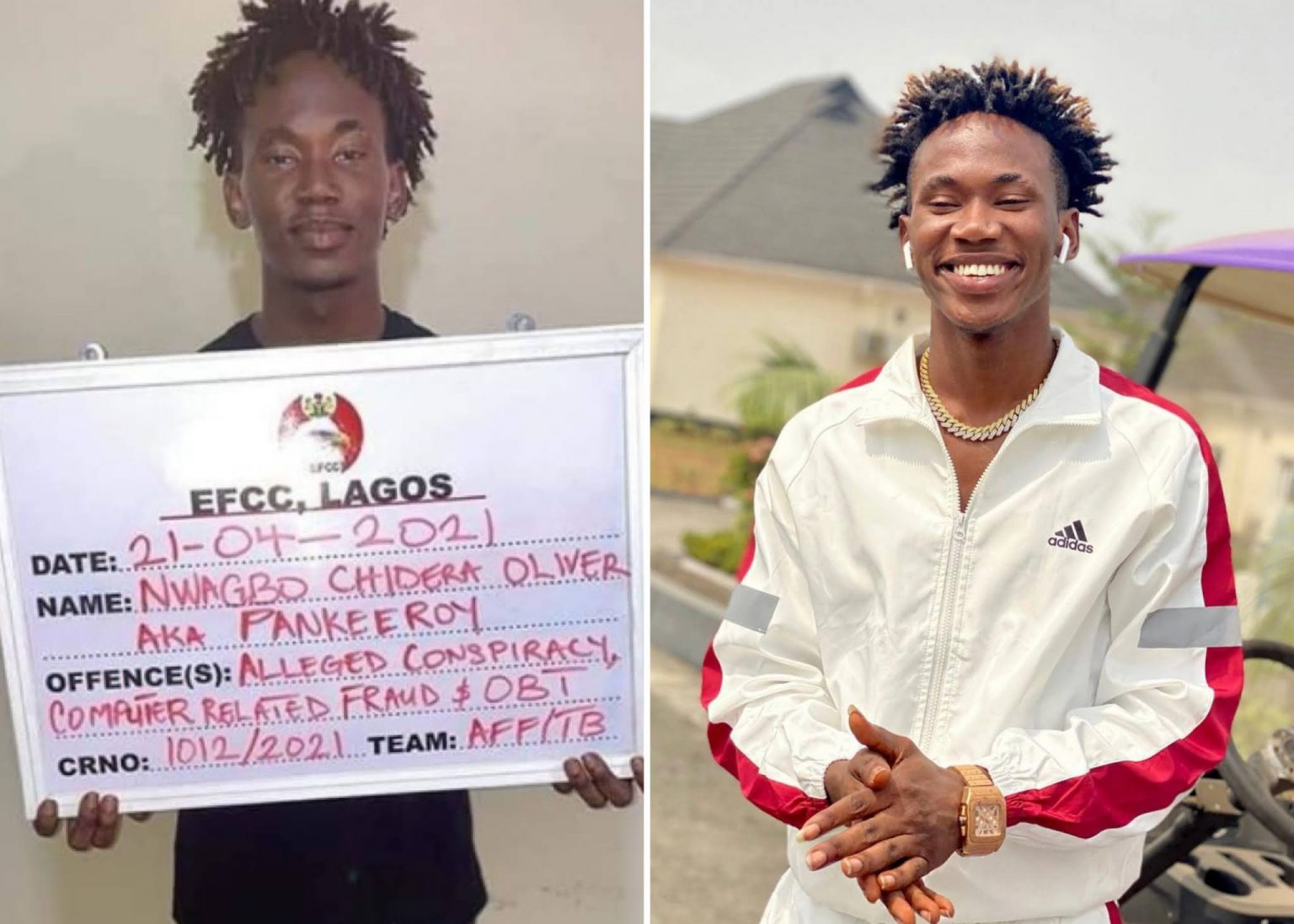 Naija News reports that the Instagram comedian and social media Influencer, Nwagbo Oliver Chidera (his birth name), was paraded alongside 34 others on Thursday, April 22, following verified intelligence received by the Commission about their alleged criminal activities.

EFCC nabbed Pankeeroy, accusing him of involvement in a ‘Bitcoin scam’ after he suffered depression. The Nigeria anti-graft agency alleged that the influence posed as a vendor who redeems bitcoin vouchers using a platform to defraud his unsuspecting victims.

Among the items seized from Pankeeroy include a Mercedes Benz AMG GLE model worth N36,000,000 (Thirty-six Million Naira).

However, a statement released by Pankeeroy’s legal team of which copy was made available by the comedian on his Instagram account, noted that there was no petition against him (Pankeeroy) prior to his arrest.

Part of the statement read: “It is worthy to state that there was no form of petition against our client and, as such, implied that no crime in whatever form was perpetrated against any person(s), company, or establishment by our client.

“Upon questioning and facts findings by officers of the Commission, our client was released as there was no form of nexus linking him to the purported commission of the investigated crime,”

See below the statement released by Pankeeroy’s legal team.