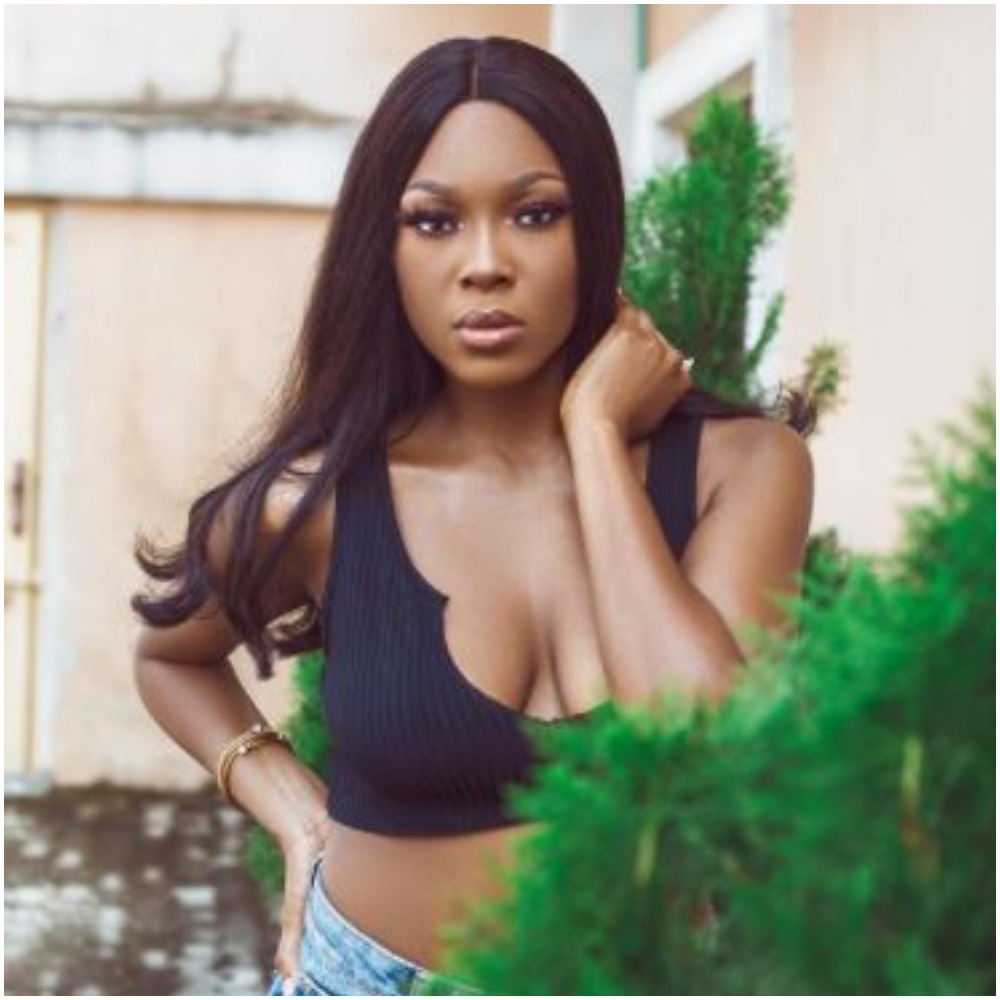 Former Big Brother Housemate, Victoria Adeyele better known as Vee has taken to the microblogging platform to question God over her not so much bossom.

The reality star, via her verified Twitter handle, asked God where she was when he gave other women a big bum.

In the own words, she wrote; ”Heavenly Father, where was I when you were dashing women big bum”

Meanwhile, Vee, has opened up on her relationship with Nigerian rapper and record producer, Olamide Adedeji, popularly known as Olamide (Badoo).

According to the season 5 finalist of the Nigeria biggest reality show in a tweet on the microblogging site on Wednesday, November 11, she sang as a backup singer for the rapper at his concert in Hammersmith Apollo in 2016.

“Nah. Do you KNOW how many years I’ve been listening to Olamide? I sang back up for him at his concert in Hammersmith Apollo in 2016. Bruh,” Vee tweeted.